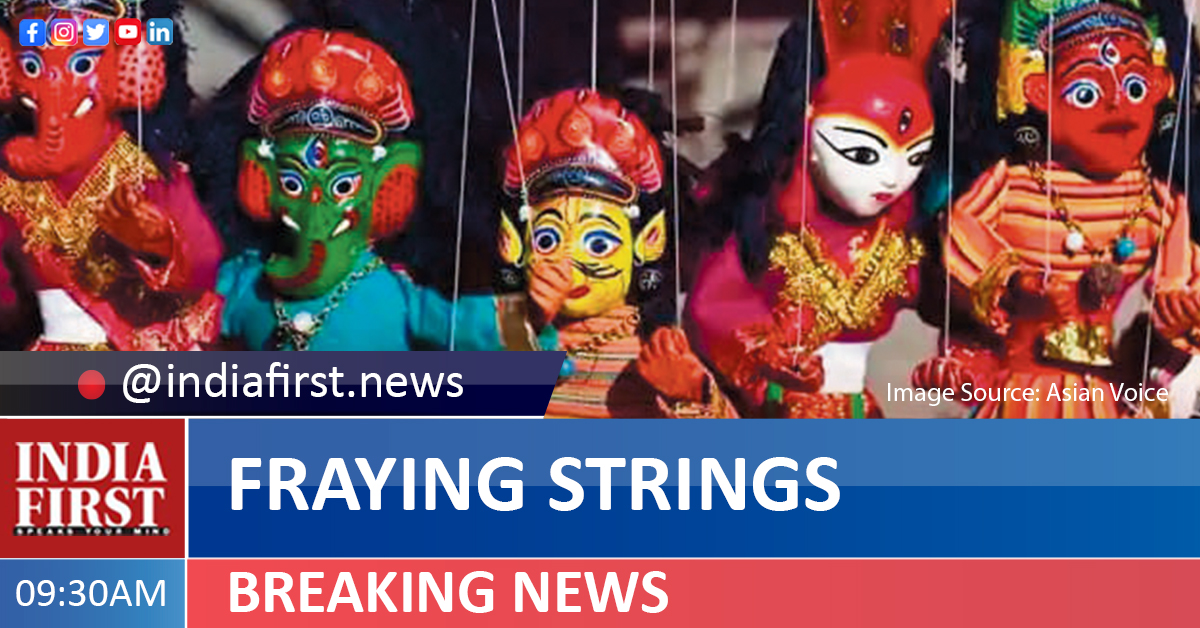 Puppetry is in dire need of more patrons, platforms and government support.

“It is important that more festivals come up and grants be given so as to ensure that the art of puppetry thrives in the country. Unfortunately, the recent budget witnessed a substantial cut in the cultural budget,” internationally renowned puppeteer Dadi Pudumjee rued.

Recipient of the Padma Shri honour and founder of the Ishara Puppet Theatre Trust, Pudumjee who was in Chandigarh recently to perform four shows – ‘Gulliver’s Travels’, ‘Anokhe Vastra’, ‘Images of Truth’ and ‘Land Becomes Water’, said, “This is our first outing ever since the pandemic hit, and the audience turn out and has been extremely encouraging.”

For someone who has taken the Ishara International Puppet Theatre Festival across the country, including cities like Chennai, Jaipur, Chandigarh, Mumbai and Kolkata, it is important that more people be exposed to this art form. “There is a common misconception that puppetry is exclusively for children. The truth is that traditionally, puppetry from West Europe, Asia and South-East Asia has always been for families. Of course, we witnessed some brilliant children’s puppet theatre from the former East bloc countries a few decades back.”

Talking about the lockdown, when art performances took a major hit, Pudumjee said that in the absence of any government support, it was civil societies and NGOs that came to the rescue by organising digital performances. “They would pay a small fee which was quite helpful. Overall, the last year was really tough.”

This Sangeet Natak Akademi award winner who studied puppetry at the Marionette Theatre Institute in Sweden and whose festival has brought to India over 160 international puppetry companies till date, collaborated with filmmaker Vishal Bhardwaj for his film ‘Haider’ and the opera ‘The Flowering Tree’. “It was a wonderful experience working with Vishal. In fact, ‘Haider’ happened while we were working on the opera. However, there are no more collaborations with the film industry on the horizon.”

Stressing that even now they do not get any corporate sponsorships and grants, and have to rely on ticket sales or invitations to government festivals, Pudumjee said, “When we started in 2001-2002, ICCR had put in a certain amount. Now we depend a lot on workshops and productions with schools. Many times, we are in the red.”

Pudumjee, whose group has worked and done productions with schools like Welhams Girls school, Summer Valley School, St. Marys in Delhi and GEMS Modern Academy in Dubai, feels that more than the institution, it is about the person who is heading it. “It makes all the difference if the principal understands the importance of introducing the students to something different and lending them a new perspective towards things through art. We have worked on some very important themes. For example, one of our productions with St Marys was on diversity. During Welhams 50th anniversary, we stayed there for over a month and created a production based on their emblem (a Kingfisher bird) — it was about a girl coming to Welhams, all that she experiences and then passing out,” said Pudumjee, who is currently working on a new show, adapted from a Swedish children’s book.