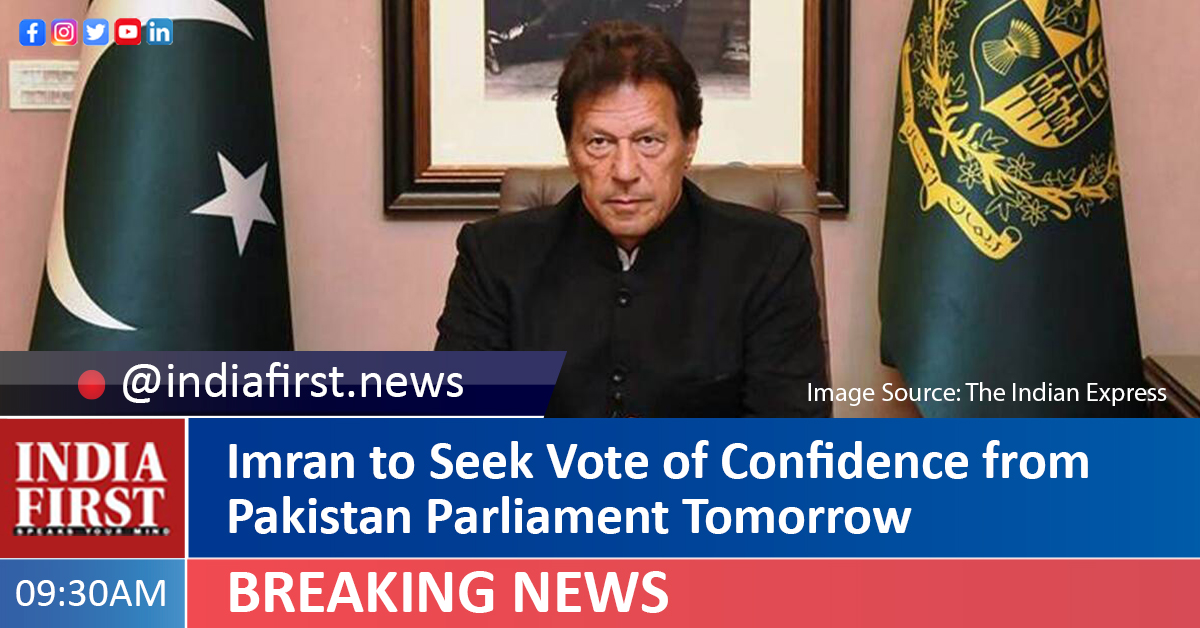 A session of the National Assembly of Pakistan has been called this Saturday when Prime Minister Imran Khan will seek a vote of confidence from the parliament, according to the Dawn.

Pakistan Minister for Science and Technology, Chaudhry Fawad Hussain, said in a tweet that the session will commence at 12:15 pm tomorrow.

“Sadiq Sanjrani will be the PTI-backed candidate for the post of the Senate chairman,” he added.

Adviser to the Prime Minister on Parliamentary Affairs, Babar Awan, while talking to Dawn.com, said that the premier will also address the nation.

Foreign Minister Shah Mehmood Qureshi had said on February 3 that Khan would seek a vote of confidence from the parliament after the ruling PTI lost the hotly contested Senate general seat from Islamabad to the joint opposition, the Dawn reported.

“Those standing with Imran Khan will be seen on one side and those who are not, and think they like the ideology of the PPP and PML-N, have every right to join their ranks,” Qureshi had said.

He had urged PTI workers to hold onto the belief that the PTI would compete with the opposition alliance Pakistan Democratic Movement. “In this fight, the nation is watching who stands where,” the Foreign Minister had said.

He also assured PTI voters that the “struggle” would continue.

“In my opinion, today is a sad day for democracy. Those who claimed to be the torchbearers of democracy have killed the principles of democracy,” he had said, as per the Dawn.