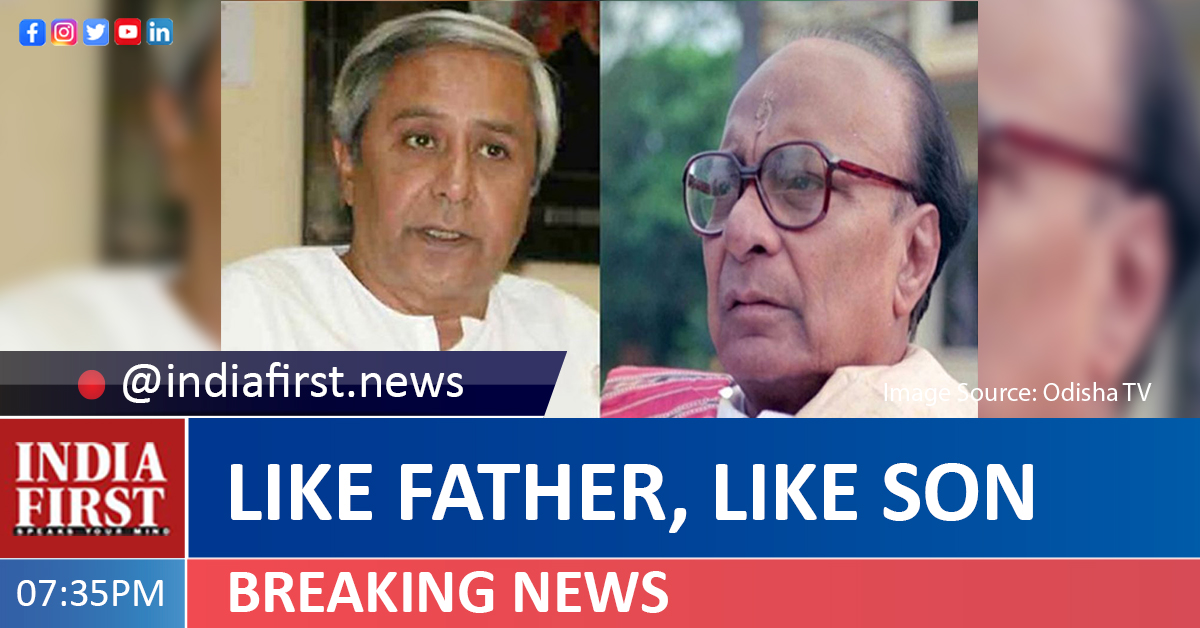 Why Odisha CM Naveen Patnaik is the rightful heir to the great Biju Babu’s legacy.

As the state today celebrates the 105th anniversary of legendary leader Biju Patnaik, one of the architects of modern Odisha, the focus is back on his political legacy. Though Biju Babu, as the leaders was fondly addressed by friends and followers, belongs to entire Odisha there has been a competition among major political parties to claim his legacy. This is because the late leader strode the state’s political stage like a colossus for several decades. During his long and illustrious political career, he was part of major national parties, including Congress and Janata Dal. He was twice the Chief Minister of the state.

He also commanded tremendous respect as a politician at the national level and worked closely with stalwarts, including former Prime Minister, Chandra Shekhar. His made friends across the political spectrum and hence was respected even by leaders who had ideological differences with him. For example, he enjoyed a very friendly equation with former Prime Minister and BJP stalwart, Atal Behari Vajpayee. Even BJP leaders of Odisha feel that Biju Patnaik belongs to the whole of the state and his legacy should not be viewed from a narrow political angle.

But all said and done, if there is one political party which can rightfully claim the great man’s legacy it is Biju Janata Dal which has been named after him and continued to be led by his son and present Chief Minister Naveen Patnaik. The party, which is the most successful regional outfit in the history of the state, has not only been following the ideals of Biju Babu faithfully but also working hard to realize his dreams.

The party government led by Naveen Patnaik has come up with a string of schemes to address the problems of the poor and to improve the condition of women. Biju Babu was always a champion of women’s rights and worked tirelessly for the empowerment of members of the fair sex. He was the first leader in the country to reserve 33 percent seats for women in the Panchayati Raj institutions. He had also set a precedent by appointing a tribal woman from Rayagada district as one of his advisors. He them special powers to deal with the menace of country liquor.

His son, Naveen Patnaik has taken off from where his father left. In fact, he went a step further and enhanced the reservation quota for women in Panchayati Raj institutions to 50 percent. In the last elections, he set a precedent by fielding seven women (33 percent) as BJD candidates for the Lok Sabha, thus fulfilling a promise he had made to the women of the state. Now he is campaigning for 33 percent reservation for women in the Lok Sabha and state legislatures by all political parties across the country.

Patnaik, thus, has proved to be the true follower of Biju Babu and a worthy son. A bachelor he continues to campaign for complete transparency in governance and public life. His 5T formula of governance has set a new benchmark in the field of administration. Patnaik has come up with initiatives like Mo Sarkar, which has not only helped clean up the administration but also brought it closer to the people. Like his legendary father, Naveen believes in understanding the problems of people by getting as close to them as possible. Like Biju Babu, he believes that people are the real rulers in a democracy people and continues to work relentlessly towards true empowerment of the masses. Naveen, thus, is the rightful claimant to Biju Babu’s great political legacy.