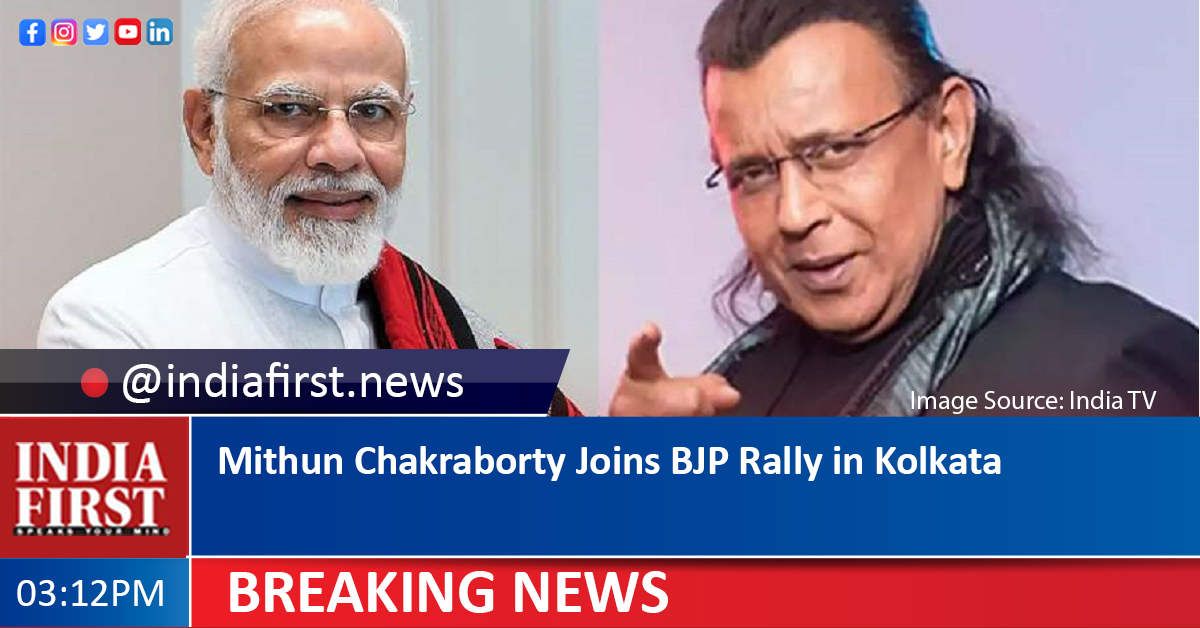 Chakraborty arrived at the ground at around 12 noon and was welcomed by the BJP’s National General Secretary Kailash Vijayvargi and other state leaders.

Sources said while coming to the rally, Chakraborty’s car was stopped midway near Bowbazar as BJP supporters spotted the superstar sitting in his white SUV.

Prime Minister Narendra Modi was expected to arrive aboard a chopper from the Netaji Subhas Chandra Bose International (NSCBI) airport.

Kolkata has been virtually covered with a tight security blanket by the city police and security agencies coming from the Centre.

The rally will mark the culmination of the BJP’s state-wide Parivartan Yatra that covered Bengal’s 294-assembly constituencies.

Security agencies put up four-layered barricades in front of the podium from where Modi is slated to address crowds.

As many as 1,500 CCTV cameras were installed in and around the brigade parade ground area.

A central monitoring control room was also set up behind the main stage.

The entire ground was barricaded with wooden logs to control the crowd movements.

The 294-member West Bengal Assembly will go to the polls in eight phases between March 27 and April 29. The counting will take place on May 2.