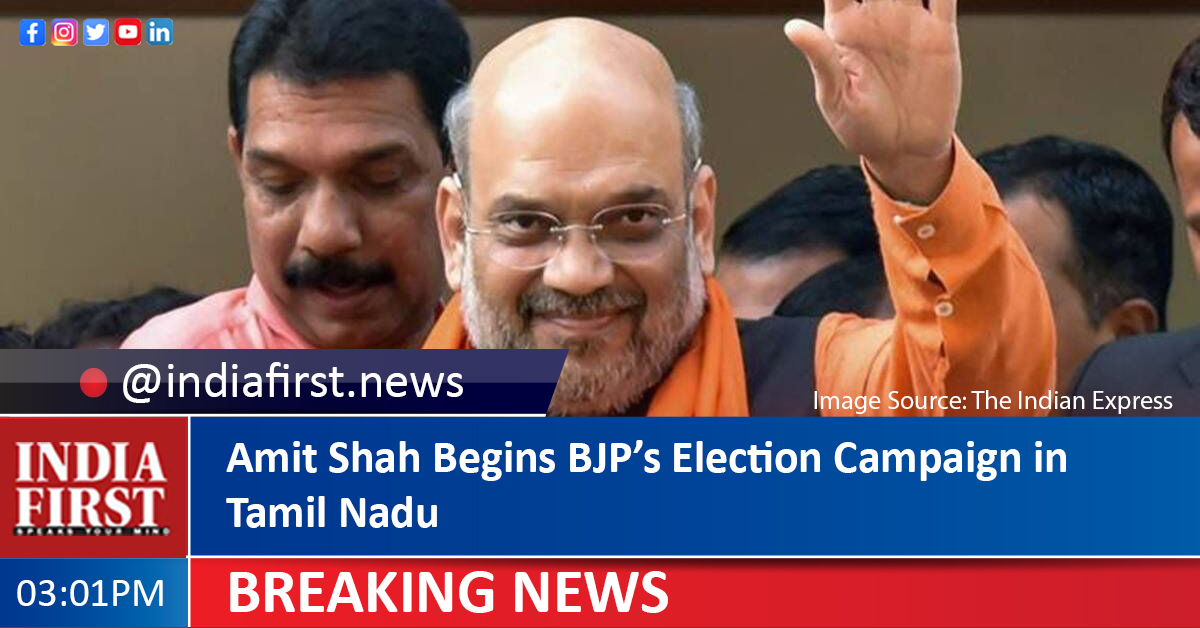 Union Home Minister Amit Shah has today kicked off the election campaign of BJP leader Pon Radhakrishnan, who is contesting from the Kanyakumari Lok Sabha seat, by conducting a road show.

Shah started his campaign after offering prayers at the Hanuman Temple in Sucheendram.

He campaigned at 11 homes in the town as part of the initiative.

The Bharatiya Janata Party is contesting the elections to the Tamil Nadu Assembly and the Kanyakumari Lok Sabha seat in alliance with the AIADMK and PMK.

The ruling AIADMK has allotted 20 Assembly seats and the Kanyakumari Lok Sabha seat to the BJP.

The PMK is contesting from 23 seats in the Vanniyar strong holds.

Radhakrishnan, also a former Union Minister, said: “The BJP ,AIADMK combined is formidable in Tamil Nadu and even after 10 years, there is no anti-incumbency factor against the state government. The visit of the Union Home Minister will create wonders and we are on track.”

However, he had lost Kanyakumari in the 2019 general elections to H. Vasanthakumar off the Congress by a margin of 3 lakh votes.

The by-election is taking place in the wake of Vasanthakumar’s death due to Covid.

While the Kanyakumari Lok Sabha segment has six Assembly seats, the BJP is not contesting in any, while the AIADMK is contesting from the alliance.

The BJP is strong in Killiyooor, Vilavankode and Padmanabhapuram assembly constituencies and party workers were expecting to contest in the party symbol.

However, the party is not contesting in any Assembly constituency.