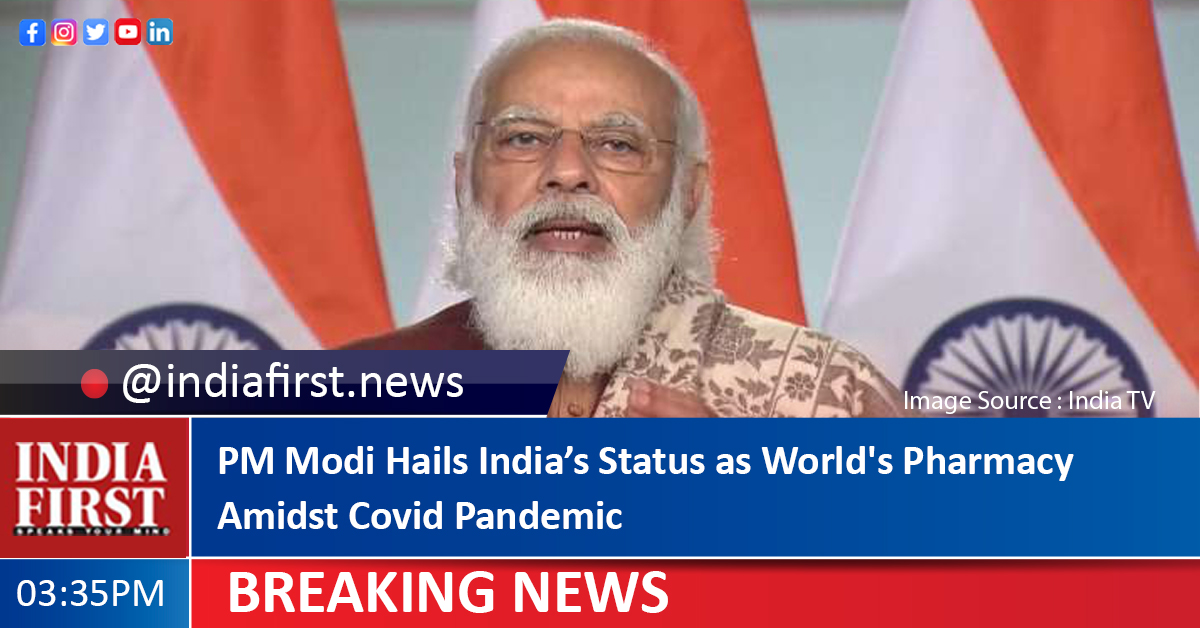 Prime Minister Narendra Modi proudly said today that India has turned into world’s pharmacy and many foreign nations have expressed confidence in the country’s medicines during the Covid-19 crisis.

Modi made the remarks while virtually addressing the ‘Jan Aushadhi Diwas’.

The Prime Minister said that health was considered only as a matter of disease and treatment for a long time, but it also affects the entire economic and social fabric of the country.

He said his government worked on health in a holistic way, not in pieces.

Modi said the demand for ‘Made in India’ medicines havs been increasing and the government is planning to provide 75 Ayush medicines on ‘Janaushadhi’ centres so that maximum number of people can be benefited as soon as possible and the money they were spending on costly medicines could be lowered down.

He also interacted with beneficiaries of the Pradhan Mantri Bhartiya Janaushadhi Pariyojana and also gave awards to stakeholders by recognising their excellent work.

Union Minister for Chemicals and Fertilizers DV Sadananda Gowda was also present on the occasion.

The number of stores under the scheme has grown to 7,499, with all districts of the country covered.

Sales in the financial year 2020-21 (up to March 4, 2021) led to total savings of approximately Rs 3,600 crore for common citizens, as these medicines are cheaper by 50 per cent to 90 per cent than the corresponding market rates.

In order to create more awareness about Janaushadhi, ‘Janaushadhi Week’ from March 1-7 is being celebrated across the nation, with the theme of “Jan Aushadhi – Seva bhi, Rozgar bhi”.

The last day of the week has been celebrated as ‘Janaushadhi Diwas’.