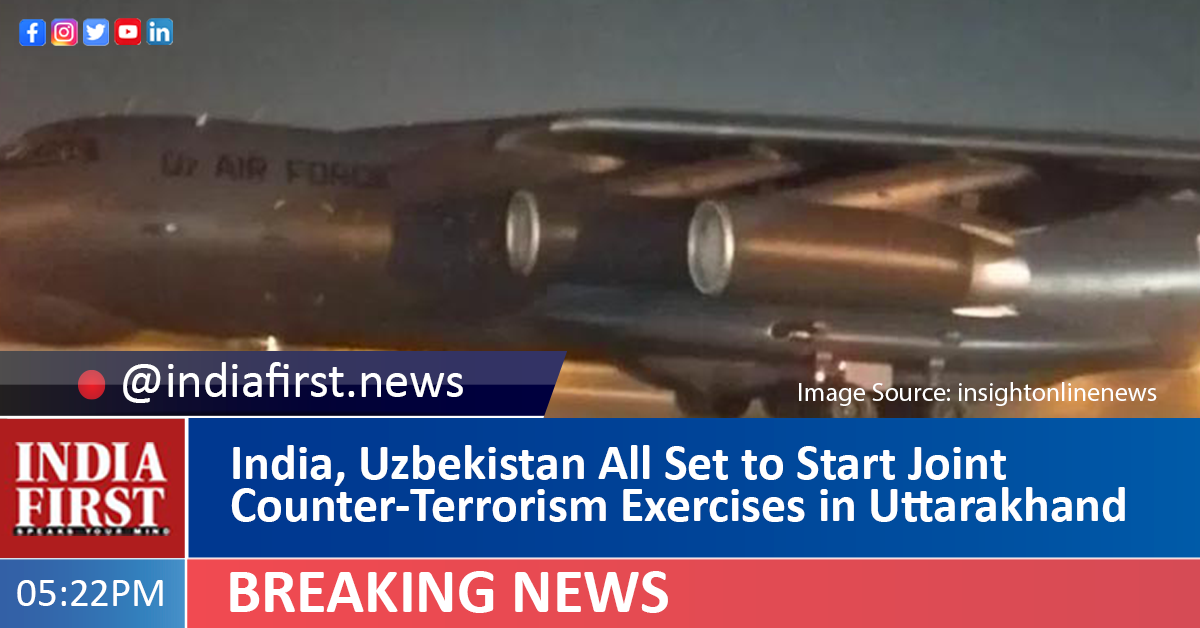 Uzbek soldiers will carry out counter-terror operation drills along with their Indian counterparts to enhance capabilities starting from this Tuesday until March 21 in Chaubatia near Ranikhet in Uttarakhand.

As part of the joint exercise, Jammu and Kashmir-like terror operation situation will be created in Chaubatia wherein both the countries’ armies will sharpen their capabilities and learn skills from each other.

“The settings at Chaubatia will be as close to operations in Kashmir,” said a source.

The exercise is named as Dustlik and it is the second edition. The first one took place in November 2019 near Tashkent in Uzbekistan.

It is aimed at carrying out joint counter-terror operations in a mountainous rural and urban scenario.

Special forces tracking techniques, surveillance through a hi-tech command post, slithering operations from helicopters and intelligence-based surgical strikes will be highlights of the exercise.

The drill will also have a module wherein forces would learn from each other how to avoid collateral damage in built-up or residential areas where counter-terror operators take place.

In Kashmir, the forces have to work a lot to avoid collateral damage further saving themselves from hostile situations like stone pelting.

The Uzbekistan Army contingent arrived in Delhi on Monday morning.

The Indian Army is being represented by 13 Kumaon known as the Rezang La battalion famous for its heroics in the battle of Rezang La in 1962 war with China.

The growing military relations with Uzbekistan are part of military diplomacy keeping in mind its connectivity to Afghanistan and Iraq important for India to counter Pakistan and also in the wake of China’s Belt and Road Initiatives.

In 2019, during first edition of the exercise also counter-insurgency and counter-terrorism operations in urban scenario were main focus.

The troops shared expertise on skills at arms, both combat shooting and experiences in counter insurgency and counter-terrorism.

The exercise provided an opportunity to armies for greater cultural understanding, sharing experiences and strengthening mutual trust and cooperation.

It was conducted at Chirchiq Training Area of the Uzbekistan capital. The senior officials back then expressed great satisfaction with high standards achieved in the exercise.