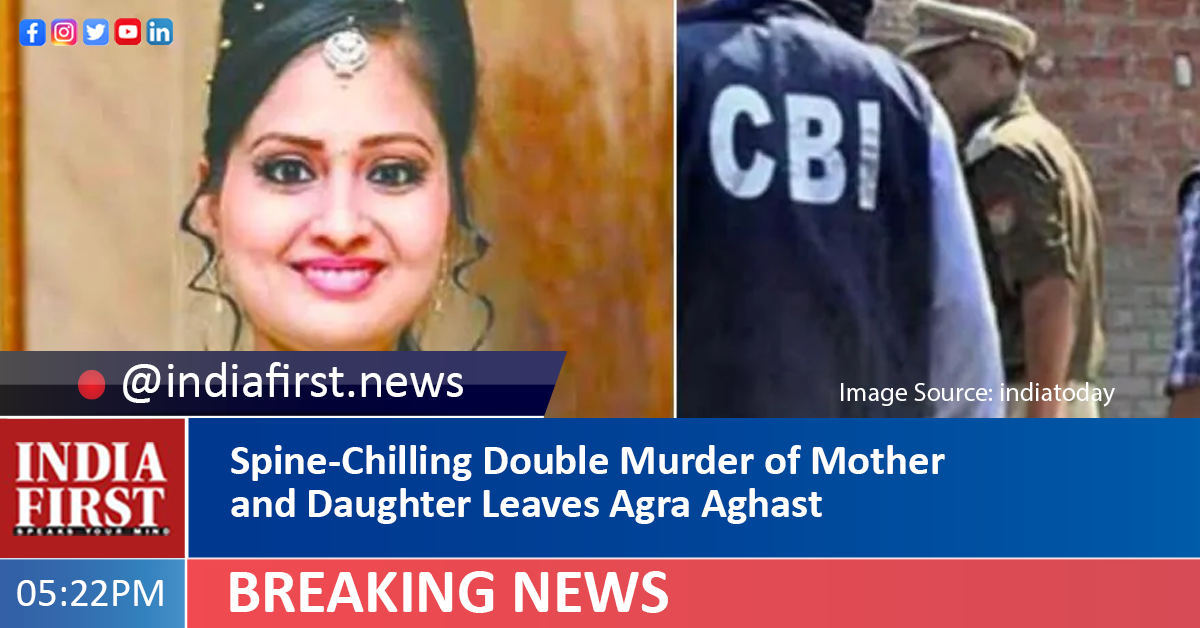 A mother and her daughter were brutally murdered in their house by a young man of the same village.

The incident took place on the intervening night of this Sunday or Monday in Jarar under Bah police circle area of Agra and the incident has led to panic in the area.

Sharada Devi, 50, was sleeping in her room with daughter Kamini, 19, when the accused Govind entered the house and stabbed the mother and the daughter.

Hearing their screams, Vimlesh, the elder daughter-in-law of Sharda Devi, rushed to their room. She was also attacked with the knife by the accused.

Other locals also rushed to the house on hearing the commotion but the accused managed to flee.

Senior police officials including IG Satish Ganesh and SSP Bablu Kumar reached the scene of the crime and forensic team was called in to collect evidence. Dog squads were called in to trace the accused.

IG Satish Ganesh told reporters that the accused was in love with the daughter of Sharada Devi but she did not respond which provoked him to commit the crime.

The police official said that the accused would be arrested soon.

The bodies have been sent for post-mortem and the injured woman has been admitted to a hospital.