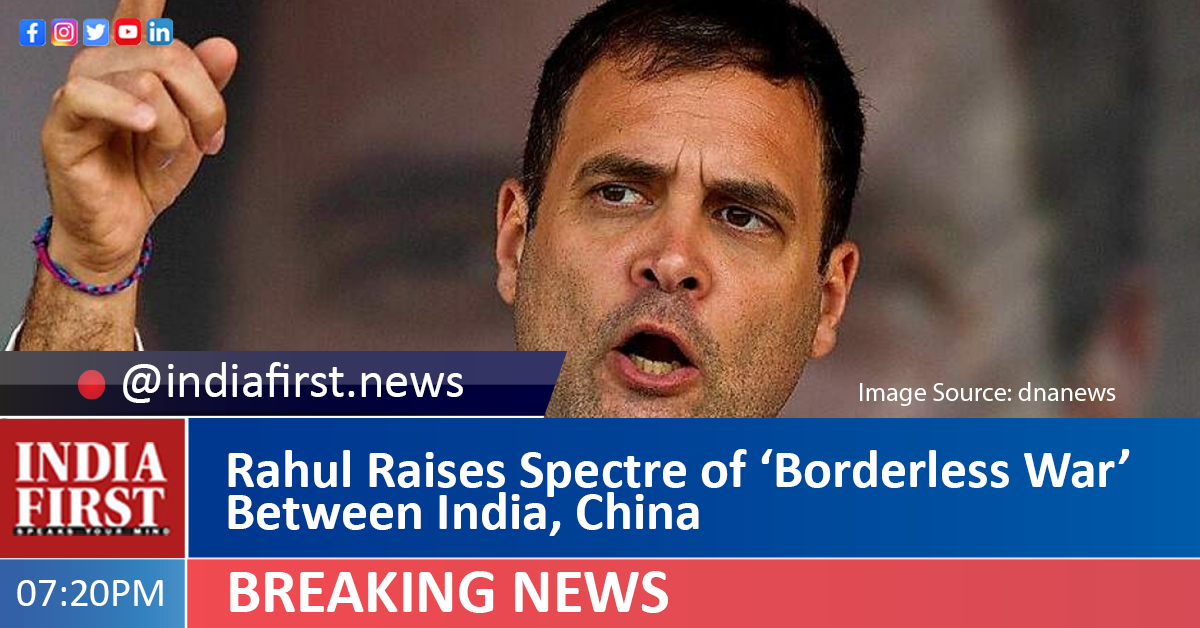 Gandhi, who has been a fierce critic of the Centre in dealing with the border tensions with China, tweeted: “Indian forces are designed to fight a 2.5 front war. This is now obsolete. We must prepare for a borderless war.”

“It’s not about past practices & legacy systems. It’s about transforming the way we think and act as a nation,” he said

Gandhi in his tweet last week had said on China: “China mobilized its conventional and cyber forces to threaten India. GOI buckled.”

“Mark my words, our land in Depsang is gone and DBO is vulnerable. GOI’s cowardice will lead to tragic consequences in the future.”