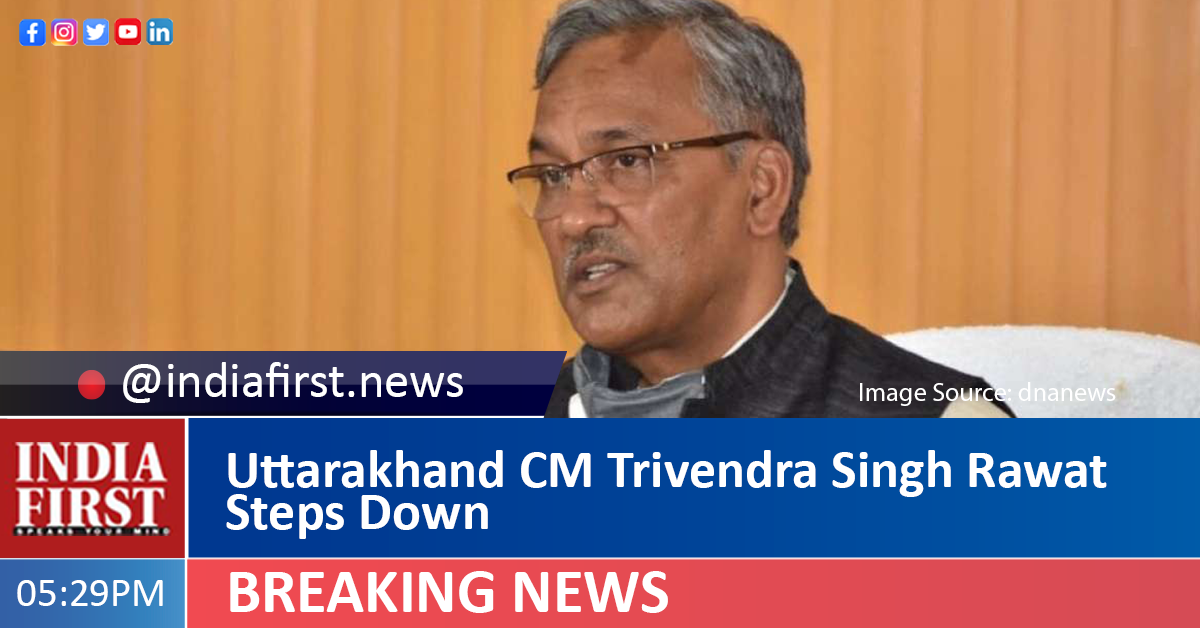 The move came after heavy speculation throughout morning, with Rawat expected to address a press conference ahead of his meeting with the Governor. However, the 60-year-old BJP leader first met Maurya and then proceeded to the media conference.

After three days of political upheaval, speculation in the state ended as Rawat submitted his resignation to Maurya after he reached the Raj Bhawan just past 4 p.m.

The BJP legislative party will meet tomorrow morning to select the new Chief Minister of the state, a senior party leader said.

He said that Rawat submitted his resignation as he was directed by the party central leadership to resign after discontent in the BJP legislative party.

“After his meeting with central leadership yesterday in the national capital, it seems that BJP leadership has informed Rawat about possible change of leadership in the Uttarakhand government as there is a lot of resentment against him,” he said.

Uttarakhand BJP vice president Devendra Bhasin earlier said the Chief Minister was scheduled to address a press conference and likely make a crucial statement on political speculation going on in the state.

Bhasin further stated that he heard that Uttarakhand BJP chief Banshidhar Bhagat has called a meeting of legislative party at 11 a.m. Wednesday.

“I am not aware about the agenda of the legislative party but a meeting has been called tomorrow,” Bhasin said.

“After his meeting with central leadership yesterday in the national capital, it seems that BJP leadership has informed Rawat about possible change of leadership in the Uttarakhand government. Now he might step down from the office,” another BJP leader said.

“Bureaucracy is getting more powerful and voices of elected representatives are unheard,” said a party member from Uttarakhand.

On March 6, the BJP leadership sent former Chhattisgarh Chief Minister Raman Singh and Gautam as observers to meet state leaders and get a feedback. “Both the leaders met the members of the core committee and took their opinion. Report was submitted to BJP leadership,” said a party insider.

It is learnt that the report mentioned that it will be difficult for the party to win the next year state assembly polls with Rawat as the face of BJP.

In 2017, Rawat was made Chief Minister after BJP won in Uttarakhand.