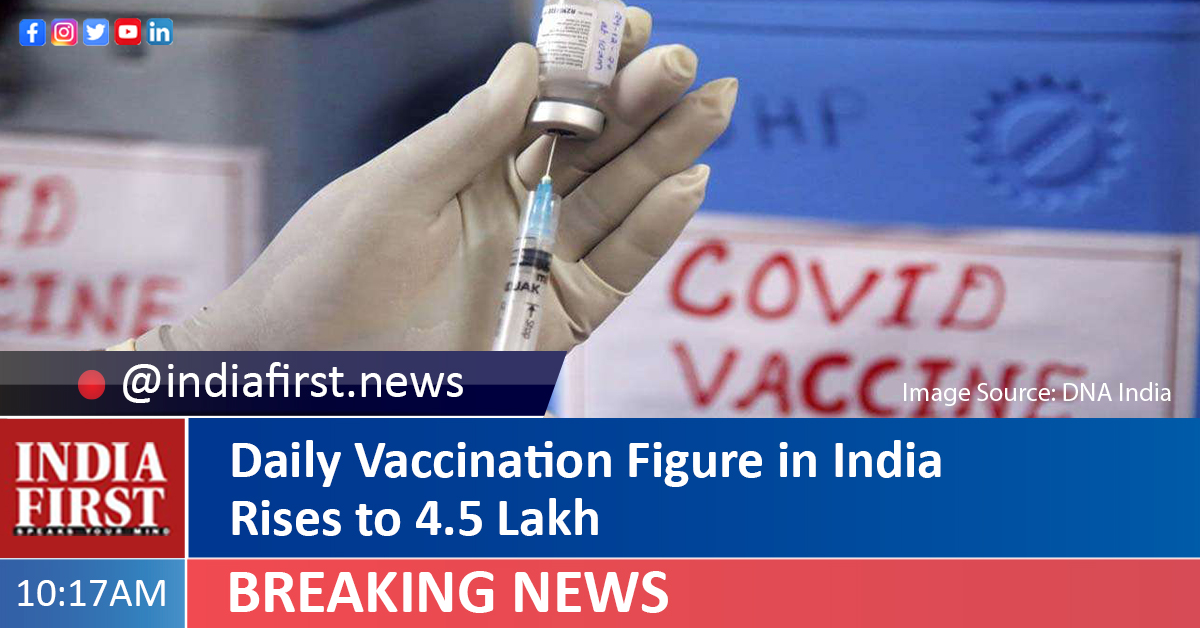 The start of the next phase of immunization which began on March 1 has provided much-needed push to the pace of vaccination as the average number of immunization has now improved to 4.5 lakh per day.

The cumulative number of Covid-19 vaccine doses administered in the country crossed 2.40 crore after 10,28,911 people received immunization shots yesterday. A total of 2,40,37,644 vaccine doses have been given, as per the provisional report till 7 p.m. (yesterday evening) shared by the Union Health Ministry.

Besides, 8,00,287 beneficiaries aged 45 and above with specific comorbidities and 49,25,543 beneficiaries more than 60-year-old have also taken their first vaccine dose so far.

The average vaccination per day remained at 2.28 lakh till it was provided only to the HCWs. It improved as the vaccination drive progressed and included FLWs from February 2 and reached a high of 3.27 lakh per day till February 26.

However, it has substantially increased within nine days of the vaccination being opened to people aged above 60 and those between 45 and 59 with specified comorbidities.

The major credit for this boost could be attributed to the senior citizens who are participating in huge capacity.

The current phase of vaccination is dominated by the elderly population as the trend of high turnout among senior citizens is witnessed since the beginning of the third phase, which continued on Tuesday as well with 53.5 per cent of the contribution to the total vaccination recorded in a day.

On March 8, this figure was 61 per cent while 53.8 per cent of the vaccination conducted on March 6 was contributed by the same subset. On March 5, their (senior citizens) share was 48 per cent while it was 45 per cent on March 4.

Meanwhile, of the total 10,28,911 vaccine doses were given yesterday, 7,98,354 beneficiaries were vaccinated for the first dose and 2,30,557 HCWs and FLWs received the second dose of the vaccines as per the provisional report.