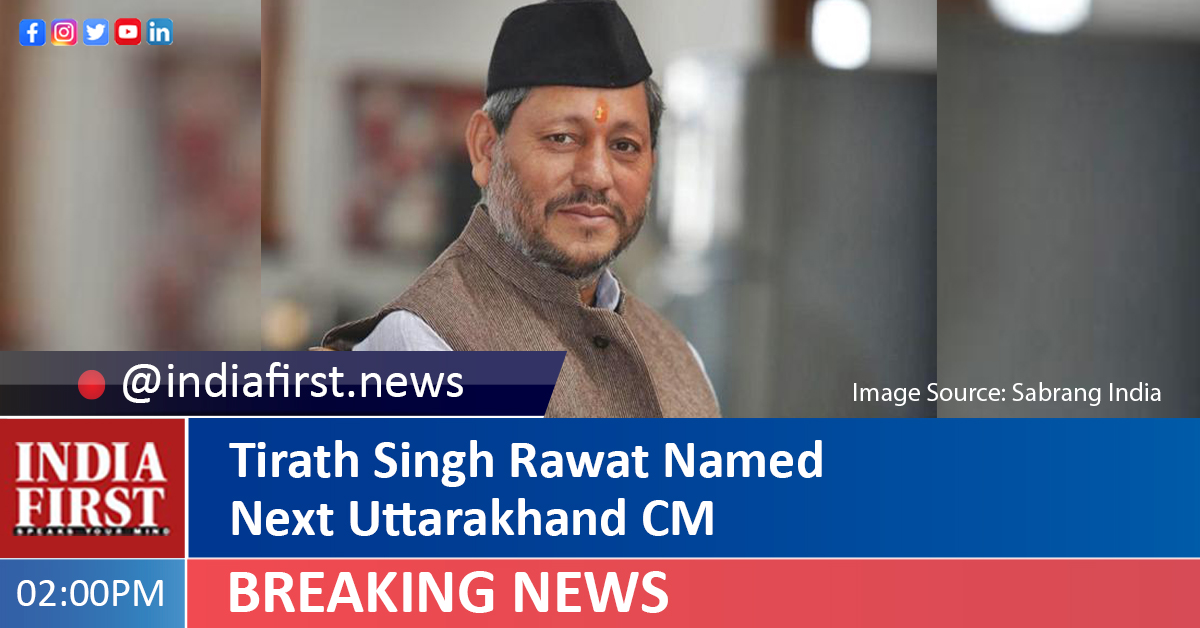 Tirath Singh Rawat, the BJP MP from Pauri Garhwal, has been appointed as the next Chief Minister of Uttarakhand.

Tirath Singh Rawat has also served as BJP state unit chief from 2013 to 2015. In his student days, he was associated with ABVP. While working with the RSS he worked his way up the ladder in the BJP. In 1997, he became a member of the Uttar Pradesh Vidhan Parishad, and have served as a state minister.

The meeting was called to elect the new Chief Minister after Trivendra Singh Rawat resigned yesterday following the direction of the party’s central leadership after MLAs questioned his style of functioning and there was a political upheaval in the state.