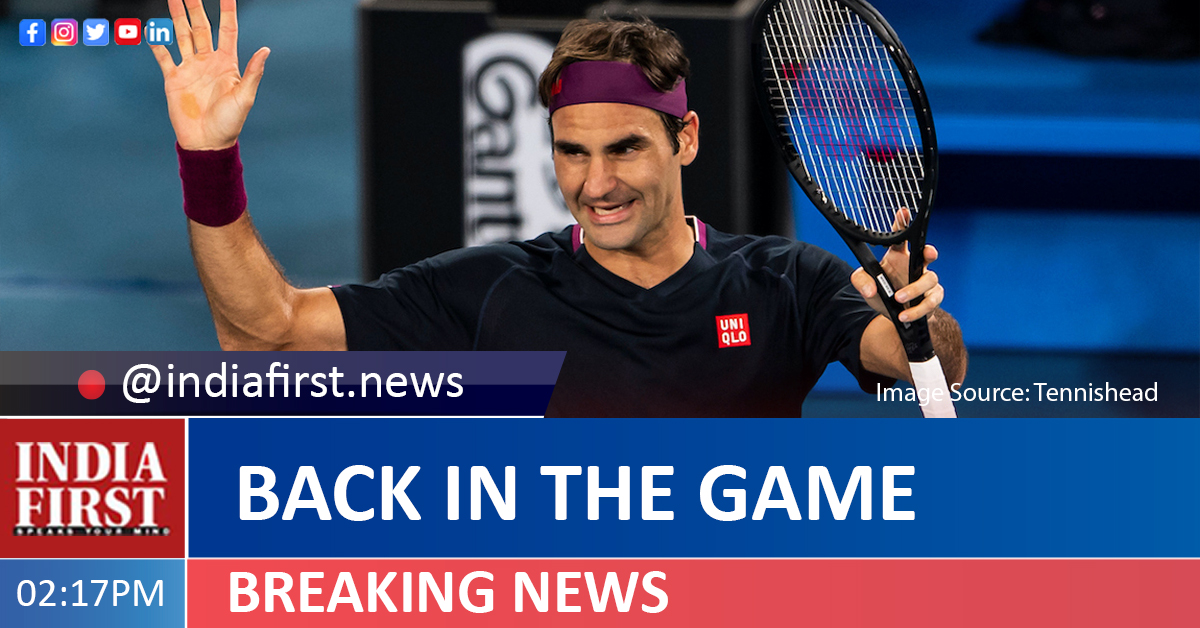 Sidelined by injuries for well over a year, the legendary Roger Federer has made a winning return to tennis.

“Feels good to be back. I’m happy to be standing here regardless of if I won or lost. But obviously winning feels better,” the 20-time Grand Slam champion said in the on-court interview after the match late yesterday night.

“I was very happy with how I was able to handle the tough moments. I didn’t feel like my game started to wobble the more important the points got. I think I was able to play how I wanted to play, so I think that’s always a great sign and a great feeling to have,” said Federer.

Federer and Evans spent the past two weeks preparing for the tournament together. The pair also took to the court in Doha shortly after the draw was made last Saturday for a one-hour practice session.

“In practice, it doesn’t matter if you miss a backhand down the line being down break point. But here it matters a lot. I think not serving any double faults in my first match back over two hours and 20 minutes, I think that’s a sign that the knee is doing really well on the serve, which I think is crucial,” said Federer.