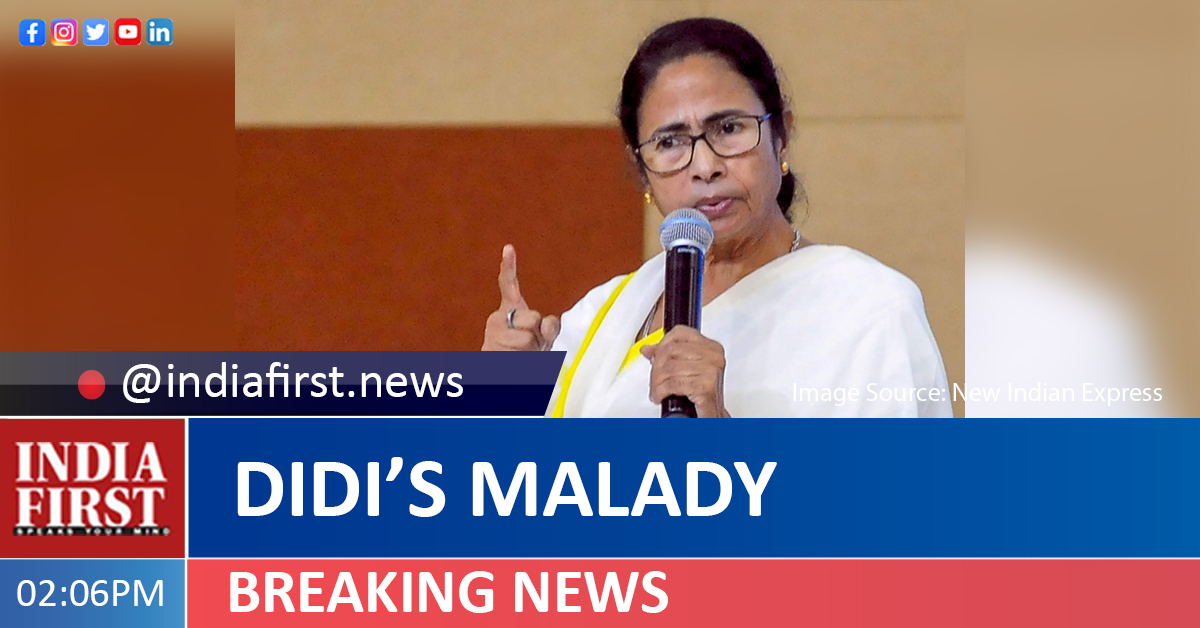 West Bengal CM and Trinamool chief Mamata Banerjee is blaming her injuries and hospitalisation on ‘a conspiracy’.

West Bengal Chief Minister Mamata Banerjee, who was injured during her campaigning in Nandigram, was seen with a plastered leg lying in a Kolkata hospital after Trinamool MP Abhishek Banerjee, who is also her nephew, shared the picture on Twitter.

“BJP4Bengal Brace yourselves to see the power of people of BENGAL on Sunday, May 2nd. Get READY!!!” tweeted Abhishek Banerjee along with the photo.

The 66-year-old Trinamool supremo told the media yesterday, just before being rushed to Kolkata, that she was pushed by four or five people against her car and had the door shut on her in Birulia Anchal. At the time there were no police personnel around her, she said sitting in the front seat of an SUV.

The Chief Minister appeared pale and dishevelled as she pointed to her leg, she said, “See how it is swelling up”.

When asked if she thought it was a planned attack, she said, “Of course it is a conspiracy… there were no policemen around me”. She appeared to be in pain as she complained of chest pain.

She had plans to make a night halt at Nandigram after filing her election papers but had to be rushed back to Kolkata, 130 km away, after the incident.

Late night she was admitted to the SSKM Hospital in Kolkata, and media reports said she had sustained injuries to her foot, shoulder and neck. She had been given painkillers.

“Initial examination suggests severe bony injuries in her left ankle, foot and bruises, injuries in right shoulder, forearm and neck. The Chief Minister complained of chest pain, breathlessness since the incident. She is kept under close watch for 48 hours,” Manimoy Bandopadhya, the director of SSKM Hospital, was quoted as saying to the media.

Late in the night, she was sent to the Bangur Institute of Neurosciences at SSKM for an MRI, according to sources reporting to media, she has sustained injuries on lower limbs which were swollen.

Trinamool MP Sukhendu Sekhar Ray, who was in Nandigram, as the Chief Minister’s scheduled visit was to continue till today, issued a statement after the incident.

“After widespread response from the people of Nandigram Block-1 yesterday (Tuesday), Mamata Banerjee visited several places of Nandigram Block II after filing nomination at Haldia. She offered Puja in one after another temple.

“There was a massive response from people everywhere. At about 6.15 p.m., when she was about to leave Birulia Anchal after performing puja in a temple, a few unknown persons pushed her to the car and forcibly shut the door, as a result of which she sustained injuries in her left leg and also suffered severe pain in the waist. She, thereafter, left for Kolkata to get proper treatment,” Ray said.

Banerjee, after filing her papers for the Nandigram Assembly constituency seat yesterday, took part in the two-km-long roadshow at Haldia. She was accompanied by party state president Subrata Bakshi.

Following the incident in Birulia Anchal, sources said that Banerjee was immediately taken to her temporary residence at Reapara, before heading back to Kolkata.

The Trinamool supremo had been contesting polls from her home seat Bhawanipore constituency, but this time chose Nandigram, a stronghold of Trinamool turn-coat Suvendu Adhikari who joined the BJP last year.