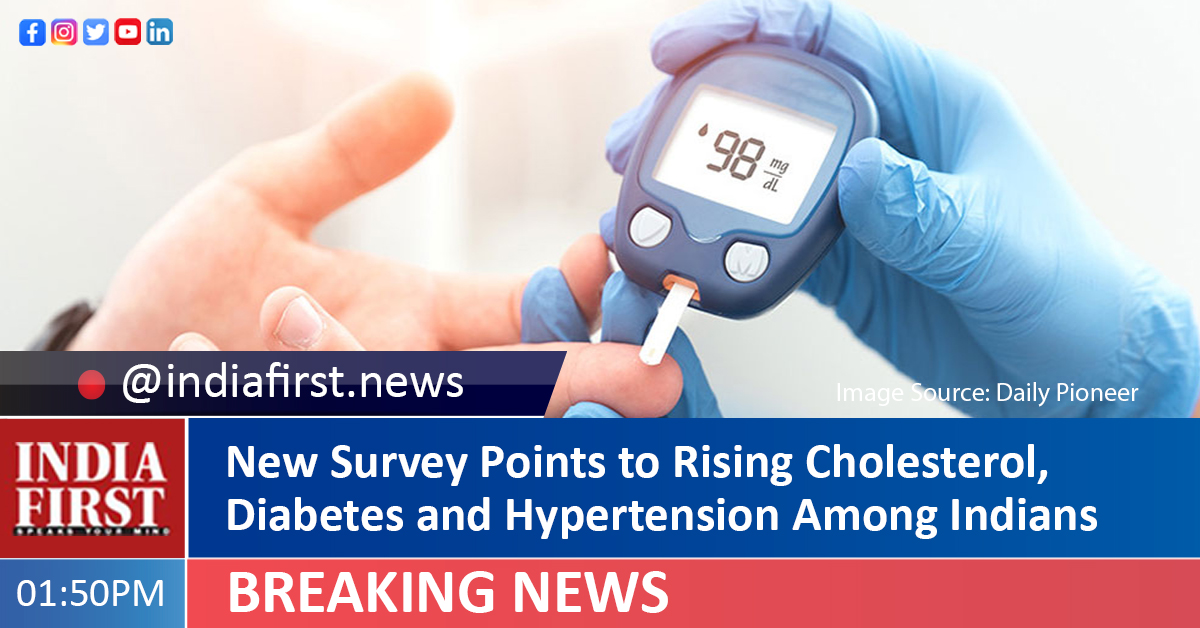 While alcohol intake and thyroid issues among Indians seem to have reduced over the past year, a new health report has detailed a concerning increase in levels of blood pressure, cholesterol, and diabetes, despite fitness and health becoming a nationwide area of interest during the Covid-19 lockdown.

As per the Health Risk Assessment (HRA) Score, 1 in 2 Indians is either in the ‘High Risk’ or ‘Borderline’ category. This is a massive 12 per cent improvement from last year’s figures where 62 per cent Indians fell into the ‘Unhealthy’ category.

According to GOQii’s latest India Fit Report 2021, a majority of people can become healthy by making few adjustments to their lifestyle. Reduction in commute time and lockdown probably allowed Indians to focus more on their health and making their immune system stronger. From a gender-wise perspective, men are healthier in comparison to women. From an age-wise perspective, the younger generation is unhealthier in comparison to the older generation.

About 15 per cent of users have reported high BP in 2020 in comparison to 13.4 per cent in 2019. This figure, according to the report, has steadily increased over the past four years. About 35 per cent users also reported this disease runs in the family which is a significant figure. Blood pressure cases among older adults are just triple of those in adults. Safe to say, then, that people above 45 are at more risk of having hypertension.

An analysis conducted by a full-stack digital ecosystem for diabetes care and management revealed that the average pre-pandemic fasting sugar levels in January till mid-February was 138 mg/dl whereas in March till mid-April it rose to 165 mg/dl. One-third claim this disease runs in the family. The percentage of those suffering from diabetes went triple, from adults to older adults.

About 13 per cent users reported high cholesterol, a figure that has remained stable for the past two years. On the other hand, only 4 per cent mentioned they had heart issues which is a major decrease from 8.6 per cent in 2019.

Figures for drinking have reduced for almost all of the age groups and across a majority of cities. Many reasons can be accounted for the same. To start with, the biggest reason can be the onset of the nationwide lockdown because of the Covid-19 pandemic. Travelling was restricted and all the major places where usually people used to drink earlier like cafes, restaurants, bars, etc., were shut down. All of these cumulatively decreased the drinking of the people as the only option they were left with was to drink at home, which was not a feasible option for most. Some comfortably did that, while a majority were not that comfortable in drinking amid their family members and hence the number reduced this year.

As compared to last year’s data, there is a significant reduction in the number of people falling sick in every age category this year. This could be due to the increased awareness in people regarding immunity levels through healthy lifestyle and nutrition food choices. The dip in pollution levels across the nation could also be a reason for this.

The report also revealed that stress levels remained high throughout the year. The survey outcome highlighted a rise in stress index from 4.98 in Mid-year to 5.11 at end of the year. Forty-five per cent are currently plagued with depression.

City-wise, Surat, Jaipur and Patna are the top 3 healthiest cities in India, respectively, as revealed by the survey whereas Lucknow, Kolkata and Chennai are the unhealthiest.