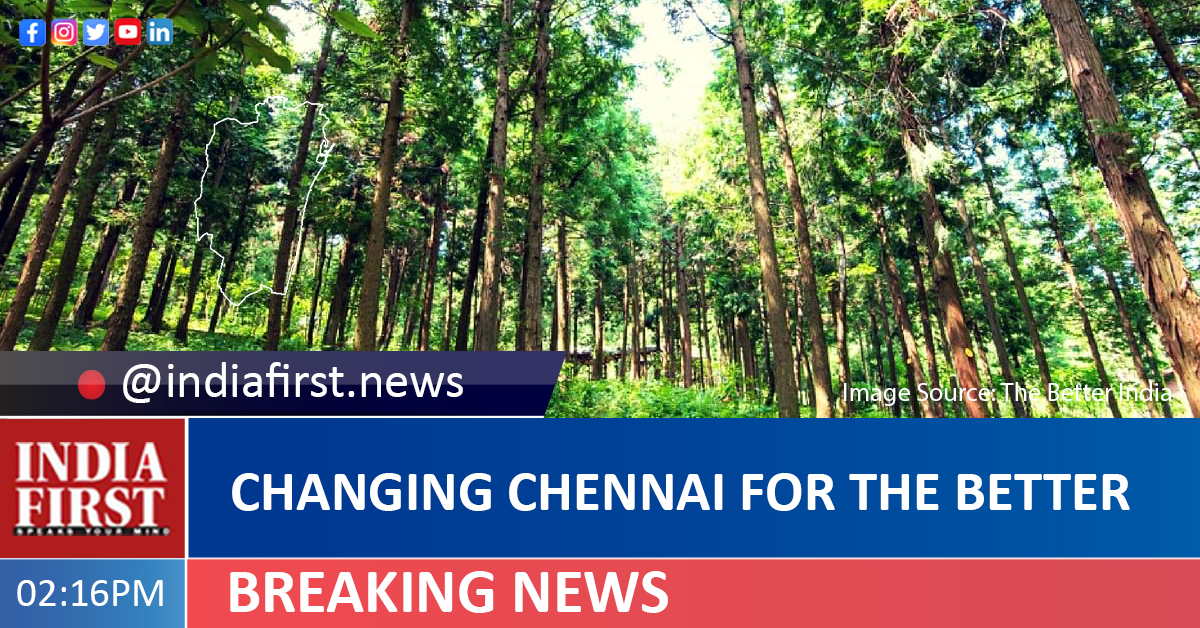 Using an ingenious Japanese foresting method, a young and determined IAS officer is helping the concrete-ridden city get its much-needed green cover.

Dr Alby John, a Chennai-based IAS officer, is converting a garbage yard into a lush green forest in the heart of the metropolis.

The trend of Miyawaki forests was first pioneered, conceptualised and popularised by 93-year-old Japanese botanist Akira Miyawaki. The basic idea is to grow plants without leaving any space, thus leading to plants growing straight and forming lush green forests in small areas of land.

This can be done from 0.5 cents of land to 20 cents of land and has been practiced and executed successfully in Kerala for the past several years.

The first Miyawaki forest conceptualised and implemented by Dr Albi John was at Kotturpuram, a garbage yard of 23,000 sq ft area at the banks of Adayar River. This has now grown into a lush green forest land nesting several birds, insects and butterflies.

John, a medical doctor by training, said: “We conceptualised the idea and then it was implemented. Now several people, including individuals, business houses and corporates are into Miyawaki foresting which is a good sign. I am happy to have brought such an interest among the people of the city.”

Predictably, Chennai residents are a happy lot after the Kotturpuram garbage yard was changed into lush-green forest land.

V.P. Hemachandran, a retired engineer, said: “I have been living in Chennai city for more than 50 years and this is the first time that I have seen such a radical change happening which is good for the society as well as the environment. All credit to the young IAS officer and his team. He has lived up to the motto: where there is a will, there is a way.”

Dr Alby John said, “The society must take this up and for that a role model is required which is what we have done. Now let individuals and groups come forward and make this a culture so that the city turns green slowly but surely.”

Said C. Rajeev, Director of the Centre for Policy and Development Studies, a Chennai-based think tank: “We conduct in-depth studies on the degradation of environment and on the carbon footprint. I find that promoting a Miyawaki forest is the need of the hour for a city like Chennai. We are coordinating with corporate houses and other like-minded groups to promote the Miyawaki culture.”