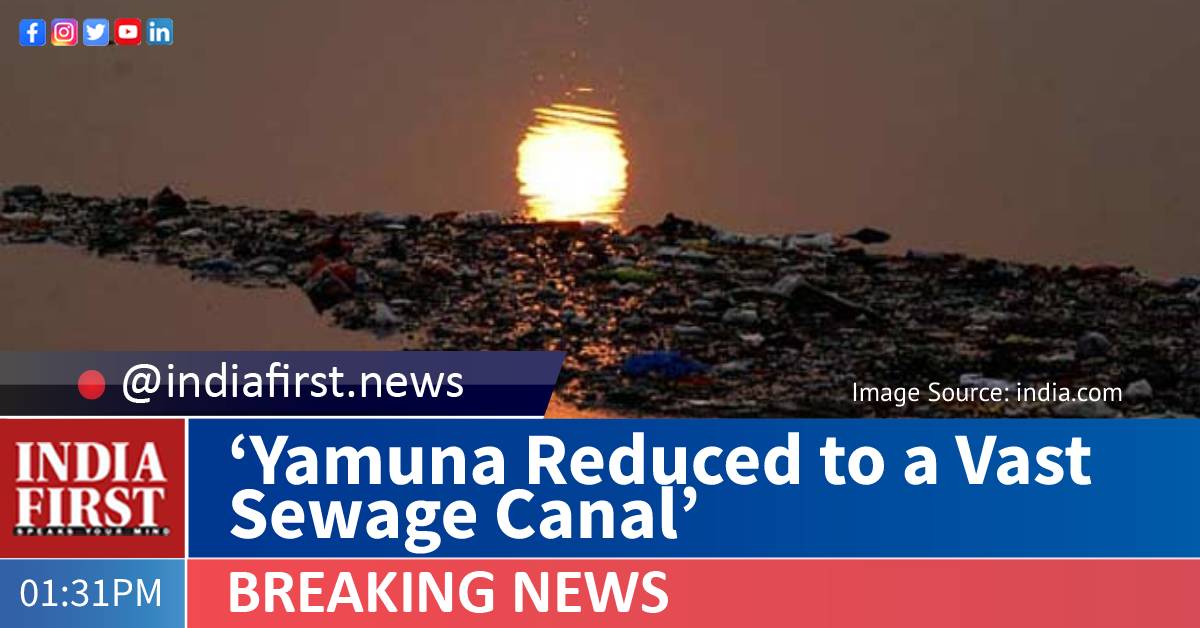 Environmentalists have jointly issued a clarion call to save the pollution-choked — and much neglected — river.

Ahead of the ‘Rivers Action Day’, a series of conclaves were held in the holy city of Vrindavan along with meetings of green activists in Agra in Uttar Pradesh against the neglect of the Yamuna river.

“Those in power care neither for humans nor for stones,” was the general chorus against the neglect of the Yamuna river at the conclaves in Vrindavan, which is now organising the Vaishnav Kumbh.

The angry saints in Vrindavan have demanded immediate steps to restore the Yamuna’s pristine glory by releasing fresh water and stopping pollution by industries and continuous discharge of sewage into the holy river.

Municipal bodies have failed to stop the drains opening into the Yamuna in upstream urban clusters of Haryana and Delhi, said members of the ‘River Connect Campaign’ in the Taj city.

“Already one can notice colonies of bacteria in the Yamuna behind the Taj Mahal which is being defaced by green patches at the rear.

Conservationists have also raised an alarm. “The Archaeological Survey of India (ASI) has promised to clean the marble surface, but when they would act, we do not know. If there had been a continuous flow of fresh water in the Yamuna, this problem which is now a prominent one, would not have arisen,” said Shravan Kumar Singh, Vice-President of the Braj Mandal Heritage Conservation Society in Agra.

While a lot of work has been done and substantial amount of funds released for the clean-up of the Ganga river, nothing much has been done for the Yamuna which continues to remain dry and heavily polluted, as hundreds of drains are opening into it.

“The cruel fact is that the holy Yamuna river has been reduced to a vast sewage canal,” said Green activist Devashish Bhattacharya, who has filed petitions both at the National Green Tribunal (NGT) and the Supreme Court.

Bhattacharya said, “A National Environmental Engineering Research Institute (NEERI) team and Environment Lawyer MC Mehta visited Agra last week and have collected valuable inputs which would be placed before the apex court in the next hearing. The SC has suo moto taken up the Yamuna case and has issued notices to both the Delhi and Haryana governments.”

Members of the ‘River Connect Campaign’ have demanded a National Rivers Police and constitution of a Central Rivers Authority to manage rivers flowing through more than two states.

At a meeting on Saturday at the Itmad-ud-Daulah View Point Park, the members pointed out that the local administration had neither cleaned up the river bed in the Agra urban limits nor tapped the drains.

The River Police squad was nowhere to be seen and people were still openly defecating in the river, said Pandit Jugal Kishore.

River activists Rahul Raj and Deepak Rajput said the directives of the apex court had not been followed. The ‘dhobies’ (washermen) were still washing linen from nursing homes just behind the Fort and the Taj. The 100-odd transport companies that had to be shifted outside the city are still hanging on to the Yamuna bank road, adding to the pollution load.

Both the NGT and the Supreme Court have on several occasions directed the Haryana government to continuously maintain a minimum flow of water in the river to sustain aquatic life, but the reality is that the entire supply of water in the Yamuna is being consumed in Haryana alone, a part is diverted to Rajasthan and a small quantity finds its way to Delhi.

The share of downstream cities like Mathura, Vrindavan and Agra is held up in Delhi. So how do you expect the Yamuna to be in good health, ask the green activists who point out that all great Mughal monuments are sited along the banks of the Yamuna which must have a sufficient supply of water for the maintenance of these structures.