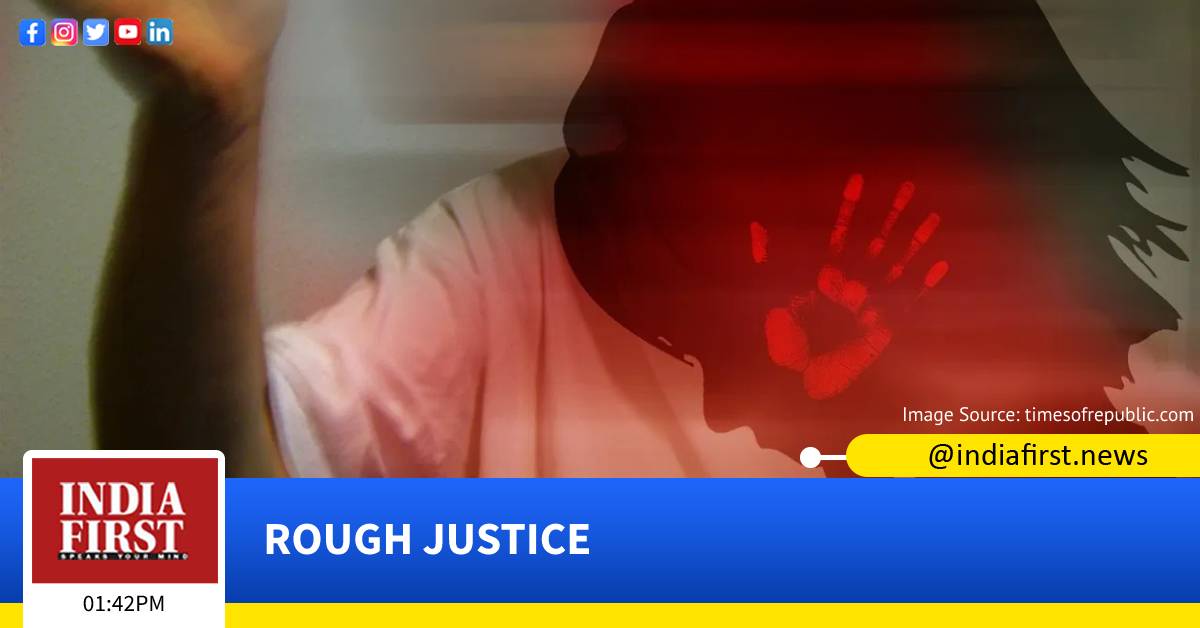 After failing in their attempt to escape, a runaway couple has been forced by an Uttar Pradesh panchayat to beat each other.

A young couple who had eloped from home, was asked to beat each other with slippers by the village Panchayat after they were caught and brought back.

The Panchayat, held in Najibabad two days ago, asked the youth to get a ‘rakhi’ tied by the girl he loved. The youth was then told to leave the village for a month. He quietly complied.

According to reports, the couple, in their early 20s, belong to the same village.

Panchayats and khaps in Uttar Pradesh do not conduct marriages in the same ‘gotra’ (ancestral lineage).

“The couple wanted to get married. But their families and villagers were against it. The rickety motorcycle they rode to escape to Uttarakhand ran out of petrol, near Haridwar. There was a police picket nearby and when the police men learnt that the couple had run away from home, they made them wait till their parents were informed, who came to take them back.

Najibabad Station House Officer (SHO), Satya Prakash said, “A girl and a youth of the same village went to Haridwar two days ago for an outing. The Uttarakhand police found them roaming there. The couple failed to explain their relationship. So, the police called their families.

“They were later handed over to the parents. There was no complaint from any side so no case was registered. We had visited the village and inquired about the matter thoroughly. During the investigation, police found that no Panchayat was held in the village in this connection.”