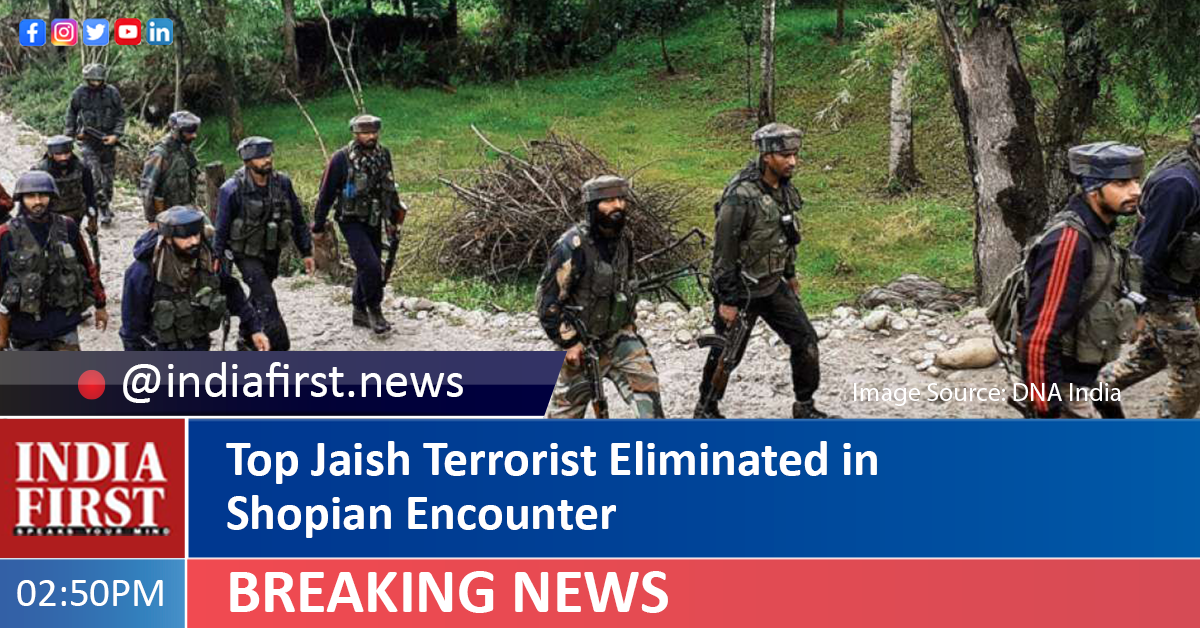 Top Jaish-e-Muhammad (JeM) terrorist, Sajad Afghani, has been killed in an encounter at Rawalpora in South Kashmir’s Shopian district today.

DGP Jammu and Kashmir, Dilbag Singh, confirmed that Afgani, instrumental in recruiting terrorists, has been killed in the encounter that entered its third day. Besides the JeM man, the other terrorist killed so far was identified as Lashkar affiliated Jahangir Ahmad Wani from Rakh Narapora.

IGP Kashmir, Vijay Kumar, congratulated the Shopian police and security forces for eliminating Afghani during the three-day-long encounter that started on March 13 after specific inputs regarding presence of terrorists.

A joint cordon and search operation was launched by Police, the Army’s 34 RR and the CRPF on that day.

Police said during the search operation, as the presence of terrorists got ascertained, they were given opportunity to surrender, however, they fired indiscriminately upon the joint search party, which retaliated leading to an encounter.

Police said repeated announcements were again made yesterday morning to the hiding terrorist to surrender but the terrorist fired on the joint search party which led to Jahangir Ahmad Wani’s death. Wani was affiliated to the Lashkar-e-Taiba.

Arms and ammunition, including US-made M4 Carbine rifle, and other incriminating materials were recovered from the site of encounter.