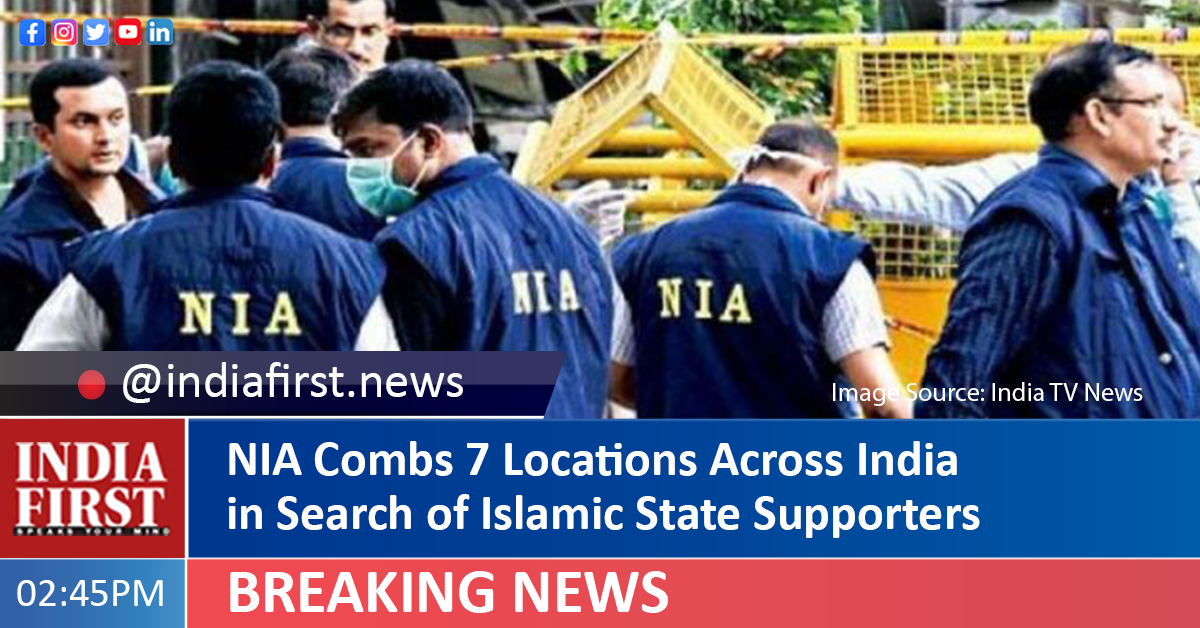 In a major action against the Islamic State (IS) modules, the National Investigation Agency (NIA) has carried out searches in at least 10 locations across the country so far today, including one in Delhi.

An NIA source related to the probe said the agency sleuths were carrying out searches at over 10 locations and four to five people including some women members have been detained for questioning.

The source further said that the people being questioned are well-educated people and the agency was determining if they were radicalised by the IS group to further strengthen their wings in India.

The source, however, refused to reveal the names of the persons being questioned.

The source said the multiple agency sleuths were carrying out searches at 10 locations in Delhi, Karnataka and Kerala.

In Delhi, the searches were being carried out in the Jafrabad area while the anti-terror probe agency team was searching two locations in Bengaluru.

The source further said that the agency sleuths were also carrying out searches in four locations in Kerala’s Kochi and Kunoor.

“The people whose premises are being searched can be arrested after their questioning,” the source added.

The source, however, refused to share more details about the case.