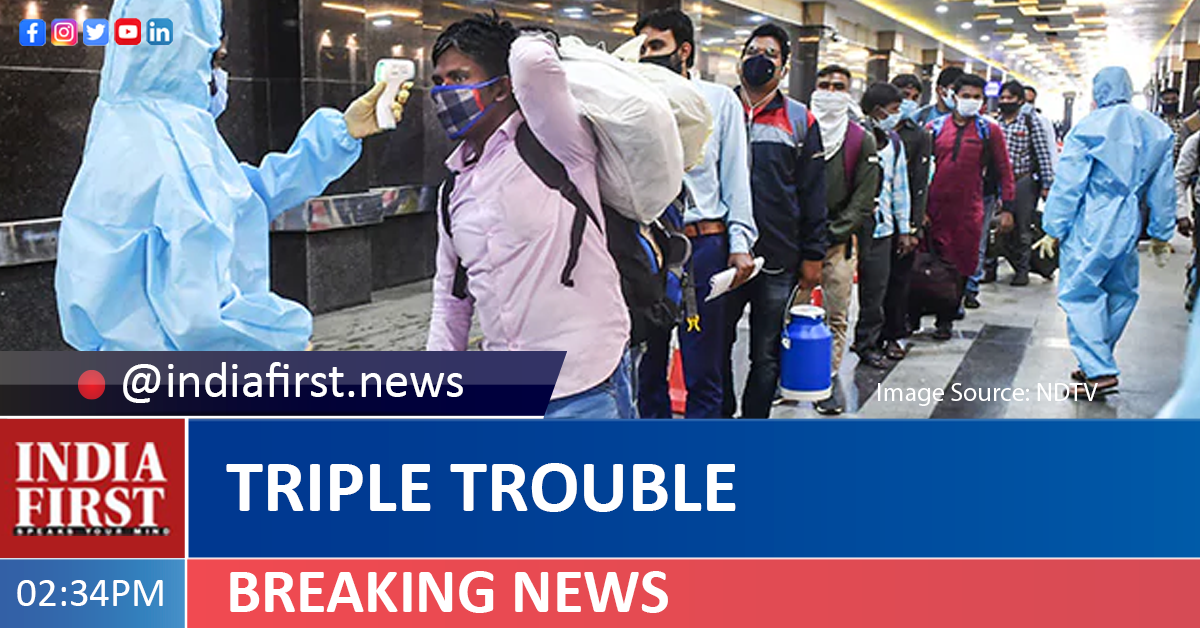 In the last 24 hours, the country recorded 26,291 cases of Covid-19, an increase of 971 cases from yesterday. However, there were 118 deaths in the last 24 hours, a reduction of 43 fatalities from the previous day, the data shared by the Union Health Ministry showed.

However, 72 per cent of the country’s cases were recorded from three states only.

The infection level in the country is back to last December’s as it has soared to 1.93 from 1.55 per cent in a short interval.

As per the Ministry’s data, the active caseload in the country has reached 2,19,262, rising by 9,000 cases from the previous day.

The rise in the number of Covid-19 cases, which had so far appeared confined to Maharashtra and Punjab, is now beginning to show up in several other states.

Delhi yesterday reported 407 cases. It has continued recording over 400 cases for the fourth day in a row.

As the number of Covid-19 cases is rising across the country, the Centre has sounded a word of caution for states which are not yet seeing a surge but are at the threshold.

Niti Aayog (health) member V.K. Paul last week said the situation of Maharashtra is worrying as part of the state is going back to strict lockdown. However, he shared his concern for other states as well.

“Would like to caution Delhi-NCR, Gurugram, part of Gautam Buddha Nagar and Ghaziabad to some extent. These areas are seeing a slight rise in the number of cases,” Paul had said.

The Ministry also informed that 7,03,772 samples were tested yesterday. The cumulative tests done by the Indian Council of Medical Research (ICMR) so far stands at 22,74,07,413.

So far, 2,99,08,038 doses of corona vaccine have been administered in the country since the drive began on January 16 after approval for ‘Covishield’ and ‘Covaxin’.