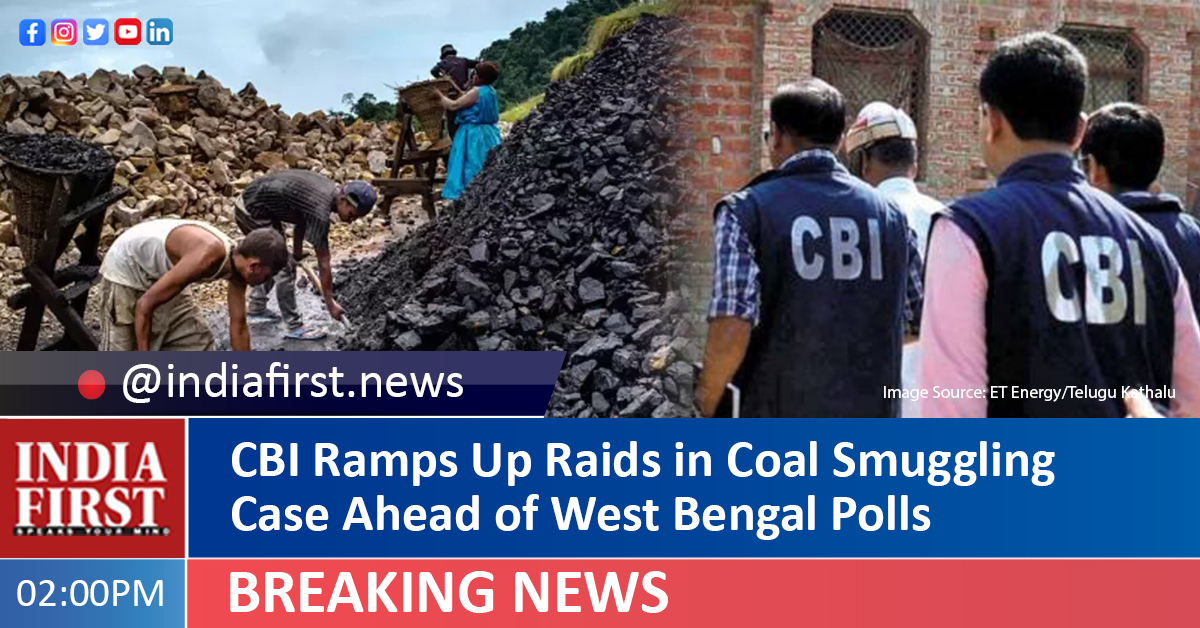 Amid the election campaigning in poll-bound West Bengal, the Central Bureau of Investigation (CBI) has today carried out searches at several locations in the state, including the premises of Amit Agarwal, a close aide of key accused Anup Majhi aka Lala in connection with illegal coal smuggling case.

A CBI source related to the probe said, “Multiple agency sleuths are carrying out searches at the premises of Agarwal in Durgapur and Kolkata.”

The source said that the agency team also carried out searches at the office of Jai Shree Steels Private Limited of Agarwal in Durgapur.

Agarwal, who has illegally occupied several properties in several districts of the state, has got protection from West Bengal Police.

The agency’s action comes a day after it questioned Trinamool Congress MP Abhishek Banerjee’s sister-in-law Menka Gambhir’s husband Ankush Arora and her father-in-law Pawan Arora in connection with the case.

The CBI also recorded the statement of Rujira Banerjee, wife of Abhishek and Gambhir in the last week of February.

On February 26, the CBI searched the premises of a businessman in Kolkata and on February 19, the agency carried out searches at 13 locations in four districts of West Bengal, including the premises of coal mafia Jaidev Mondal.

On November 28 last year, the CBI had conducted raids at 45 locations in West Bengal, Bihar, Jharkhand, and Uttar Pradesh in connection with the coal smuggling racket.