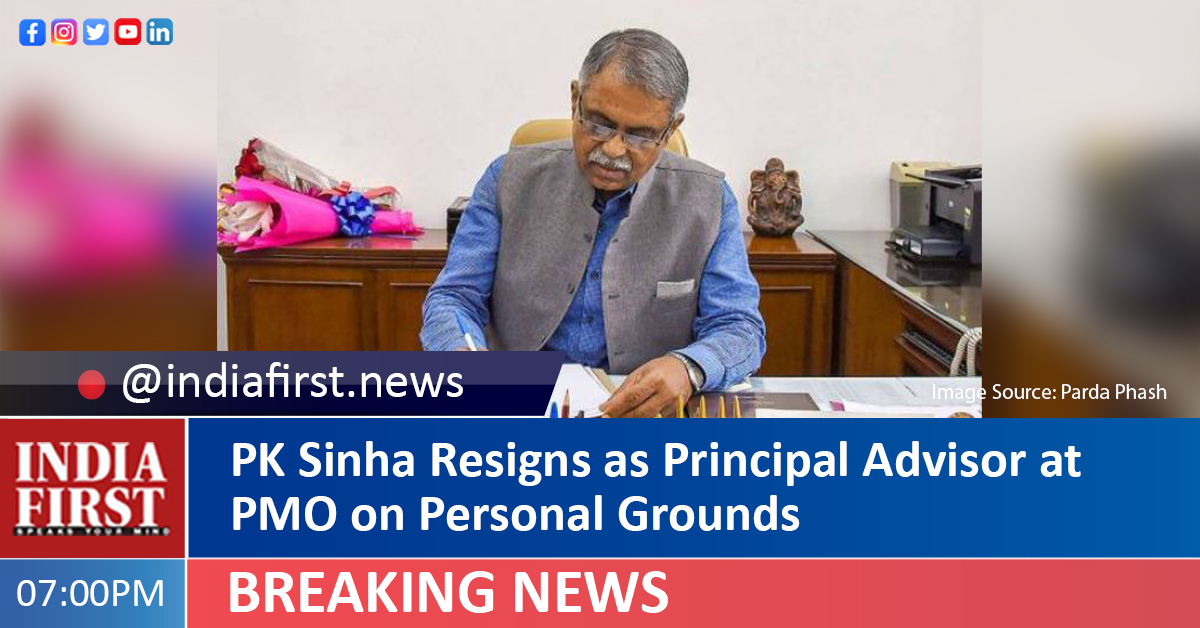 Former Cabinet Secretary and Principal Advisor in the Prime Minister’s Office (PMO), P.K. Sinha, has resigned from his post on personal grounds.

Sources said the retired 1977-batch IAS officer of the Uttar Pradesh cadre put in his papers on yesterday evening.

Sinha was appointed in the PMO in September 2019 following the general elections, after he retired as the Cabinet Secretary. The veteran former bureaucrat was earlier made the Officer on Special Duty (OSD) in the PMO on August 30, 2019 after Prime Minister Narendra Modi accepted the request of his Principal Secretary Nripendra Misra to be relieved from the post.

After Misra, Sinha became the second high-profile official to the exit the PMO. Misra had resigned in August 2019 after the Lok Sabha elections, prompting a rejig in the PMO.

The Appointments Committee of the Cabinet (ACC) approved the appointment of Sinha as the Principal Advisor to the Prime Minister with effect from September 11, 2019.

His appointment was co-terminus with the term of the Prime Minister or until further orders, whichever came earlier.

Sinha did his graduation in economics from the St. Stephen’s College in Delhi, before doing his post-graduation from the Delhi School of Economics.

He also obtained a Diploma in Public Administration and an M. Phil in Social Sciences. His areas of specialisation include energy, infrastructure and finance.