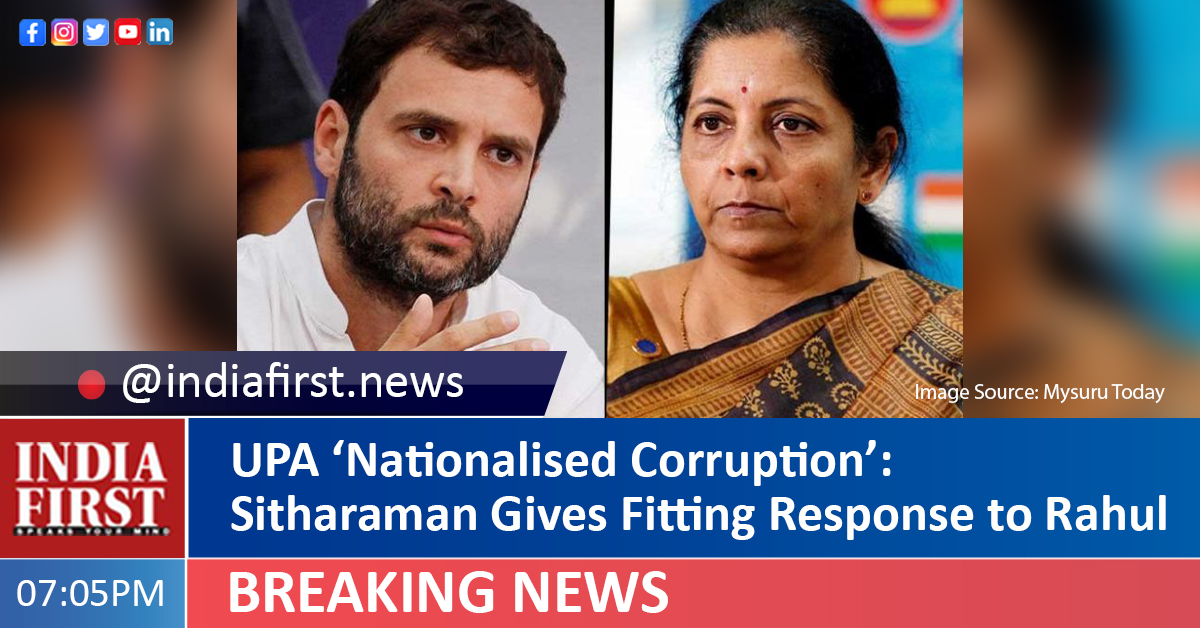 In a strong counter to Congress leader Rahul Gandhi’s criticism of the government’s privatisation policy, Union Finance Minister Nirmala Sitharaman has said that the previous UPA regime was the epitome of corruption, which privatised taxpayers’ money besides nationalising corruption.

Sitharaman said that privatising taxpayers’ money is what the UPA did for the betterment of one family. Referring to the bank nationalisation carried out during the tenure of late Prime Minister Indira Gandhi, the Finance Minister alleged that the UPA had nationalised loss making.

“In fact, they (UPA) nationalised corruption,” she said.

Sitharaman said that as the leader of the main opposition party, Rahul Gandhi should engage in serious discussions rather than throwing two-liners.

Earlier, the Finance Minister had defended the government’s privatisation policy, which also involves privatising two public sector banks. She said that even after privatisation, each entity would perform for the betterment of the economy.

She said the country needs banks that can scale up operations by bringing private capital into the segment. “It has not been a quick decision (to privatise)… the interests of the workers would be protected,” she said.