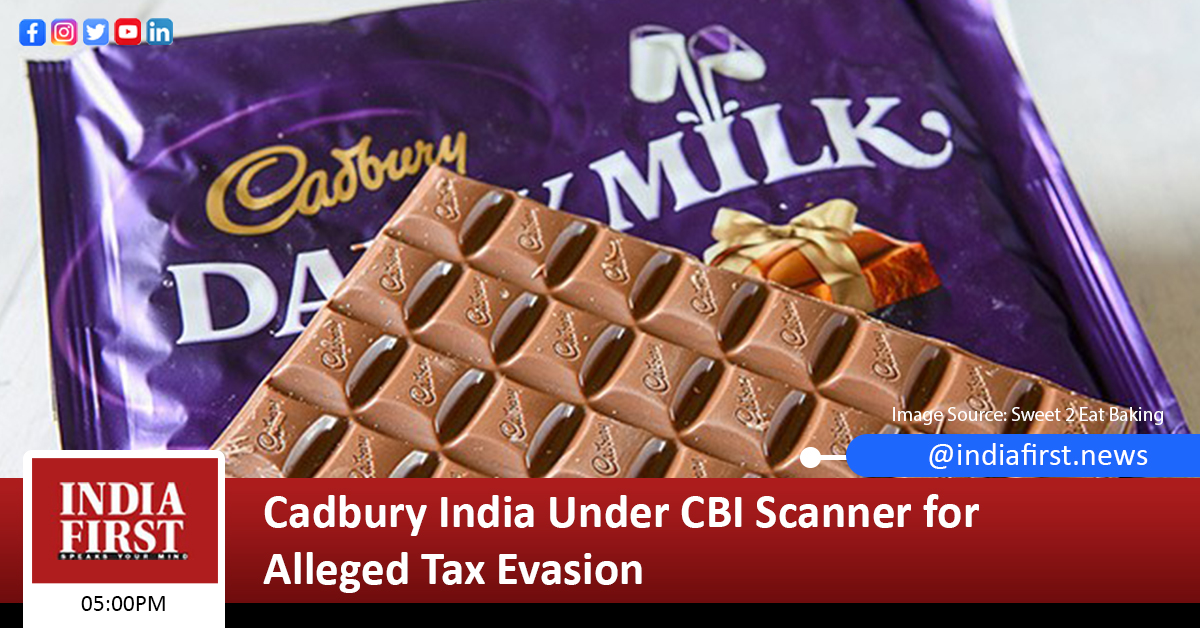 The Central Bureau of Investigation (CBI) has carried out searches at 10 locations of Cadbury India Ltd, now known as Mondelez Foods Private Limited, in connection with a case it registered for alleged corruption and misrepresentation of facts to fraudulently avail area-based tax benefits in Baddi, Himachal Pradesh.

A CBI source related to the probe said, “Multiple teams of CBI carried out searches at 10 locations in Solan, Baddi, Mohali, Pinjore and Mumbai.”

The source said that the CBI registered a case after the preliminary enquiry it conducted against the company which showed that it allegedly “paid bribes, misrepresented facts and manipulated records to fraudulently avail area-based exemption benefits (central excise and income tax) in Baddi, Himachal Pradesh, knowing fully well that it was not entitled to avail area-based tax exemption benefits”.

In the FIR, the CBI alleged that for availing the area-based exemption benefits, some members of the executive board of the company, along with key managers, collectively decided to manipulate records, engage mediators to route bribes and cover up all the evidence that had surfaced during the internal investigation.

Tue CBI has booked a total of 12 individuals, including two then Central excise officials, the then Cadbury India Limited (CIL) Vice President (finance and compliance) Vikram Arora and its directors Rajesh Garg and Jailboy Phillips.

Cadbury India Ltd had set up a manufacturing unit at the Sandholi village for manufacturing malt-based food (Bournvita). The unit started commercial production from May 19, 2005, the CBI said in the FIR.

Two years later, CIL proposed to expand production by setting up another unit for its products ‘5 Star’ and ‘Gems’ as the second unit on the land acquired from Barmalt in 2007 in Baddi to avail an exemption from excise duty and income tax for 10 additional years, it said.

In the FIR, the CBI alleged that CIL had decided to expand its capacity and avail tax benefits from May 19, 2005, for which it applied for an amalgamation of the two units, stating that it has decided to have its second unit as a composite in the existing facility.

It further stated that the approval was granted on March 7, 2008 by the Directorate of Industries.

The CBI in its FIR further alleged that 15 months later, the company said that its second unit has started production, for which it should be given tax benefits, which was not possible as the company had already stated that it would be a composite unit of an already existing factory, which was getting tax benefits from 2005.

It further alleged that CIL again applied for deamalgamation and sought to set up the second unit as a different company – Cadbury India Limited Unit II – on March 29, 2010, two days before the cut-off date to avail the exemption.

“Senior executives of the company conspired with private individuals and made payments to get necessary approvals for setting up the second unit as a separate company to avail tax benefits for which it was not eligible,” it said.

The CBI said that it has found details of various payments made to camouflage alleged bribes and commissions to get the work done. The agency also said that the Directorate General of Central Excise Intelligence (DGCEI) had also probed the matter and slapped a fine of Rs 241 crore on the company.