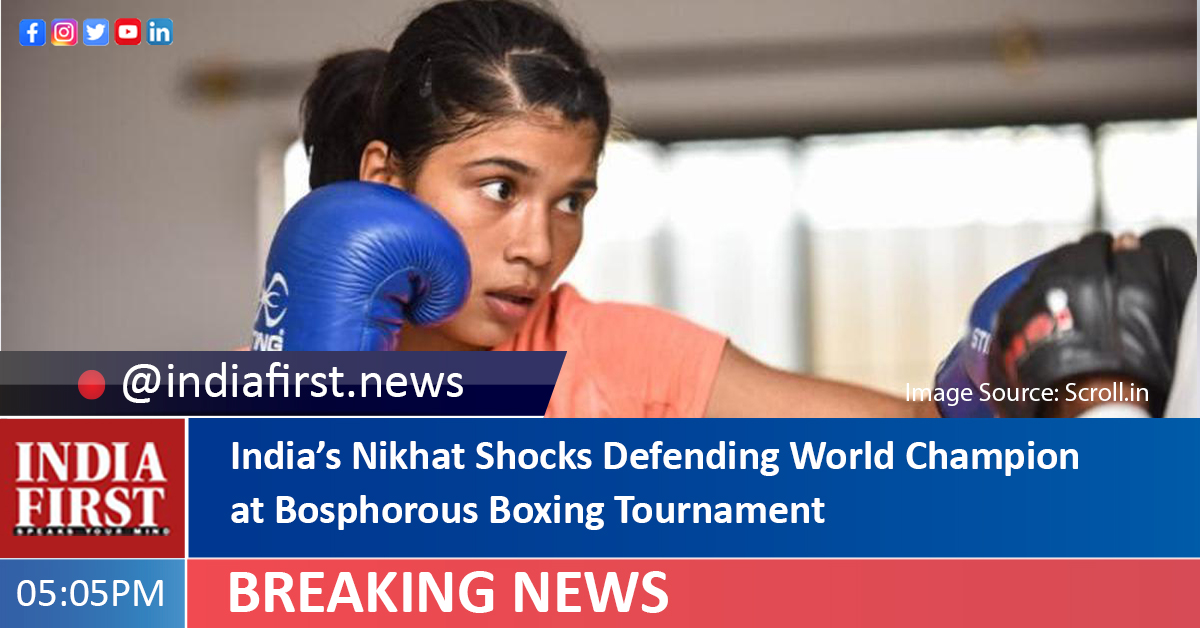 Asian Championships bronze medallist Nikhat caused a major upset on the second day of the tournament as she outpunched the Russian boxer 5-0. The Indian pugilist will now have yet another tough task in hand as she takes on two-time world champion Kazakh boxer Kyzaibay Nazym in the last-8 bout on the third day.

Apart from Nikhat, 2013 Asian champion Shiva Thapa, Sonia Lather and Parveen also registered victories in their respective categories to proceed into the quarter-finals.

Meanwhile, Duryodhan Negi (69kg), Brijesh Yadav (81kg) and Krishan Sharma (+91kg) made exits with the losses in the preliminary rounds.

The third day of the event will witness six Indian boxers fighting in their respective quarter-final bouts. Lather, Zareen, Parveen and Jyoti (69kg) will be seen in action in the women’s category while Thapa and Solanki will present Indian challenge in the men’s category.