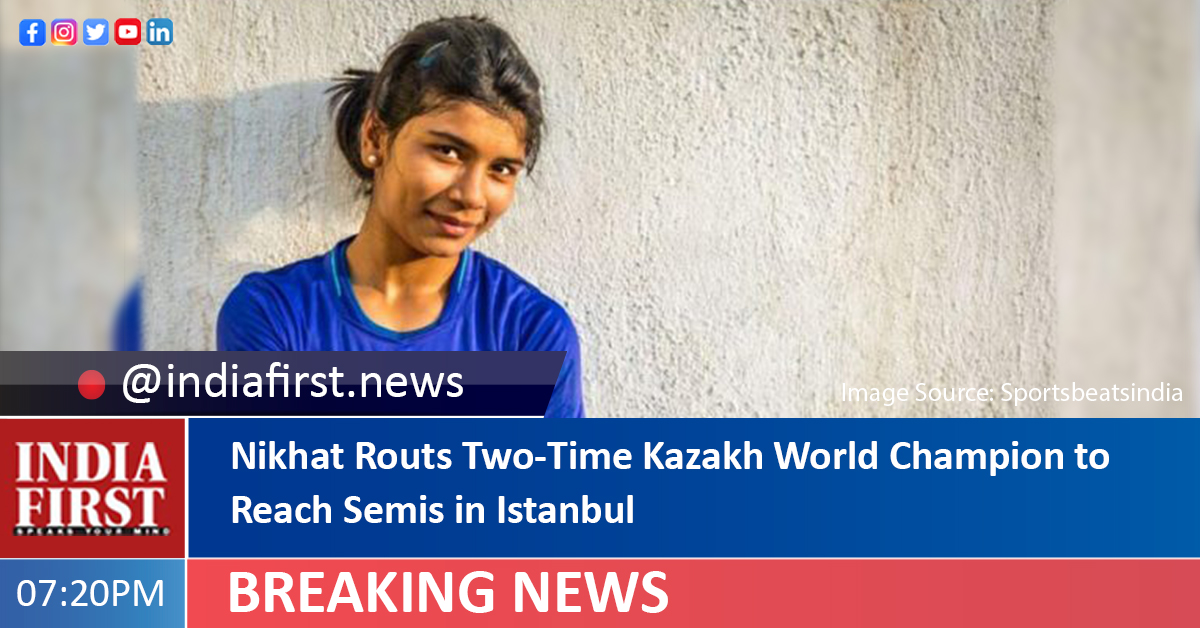 Nikhat, who had earlier defeated 2019 World Champion Paltceva Ekaterina of Russia in the pre-quarter-finals, looked unfazed and confident yesterday against her opponent from Kazakhstan. She stamped her authority right from the beginning and prevailed in a 4-1 win over Kyzaibay, a gold medallist from 2014 and 2016 World Championships, and ensured at least a bronze medal with a place in the last four.

Apart from Nikhat, 2018 Commonwealth Games gold medallist Gaurav Solanki (57 kg) also sailed into the semi-finals after a tough contest against local boy Aykol Mizan. Both the boxers attacked throughout the bout but Solanki showed his technical supremacy to secure a 4-1 win and assured himself of at least a bronze medal.

Among other women boxers, Sonia Lather (57 kg), Parveen (60 kg) and Jyoti (69 kg) made exits with losses in their respective quarter-finals. Meanwhile, Shiva Thapa (63 kg) lost 4-1 to Turkey’s Hakan Dogan in an intense bout.

The fourth day of the tournament today will see two Indian boxers fighting in their respective semi-final bouts today. Zareen will face another tough challenge as she takes on 2019 World Championships silver medallist Busenaz Cakiroglu of Turkey while Solanki will be up against Argentina’s Nirco Cuello.