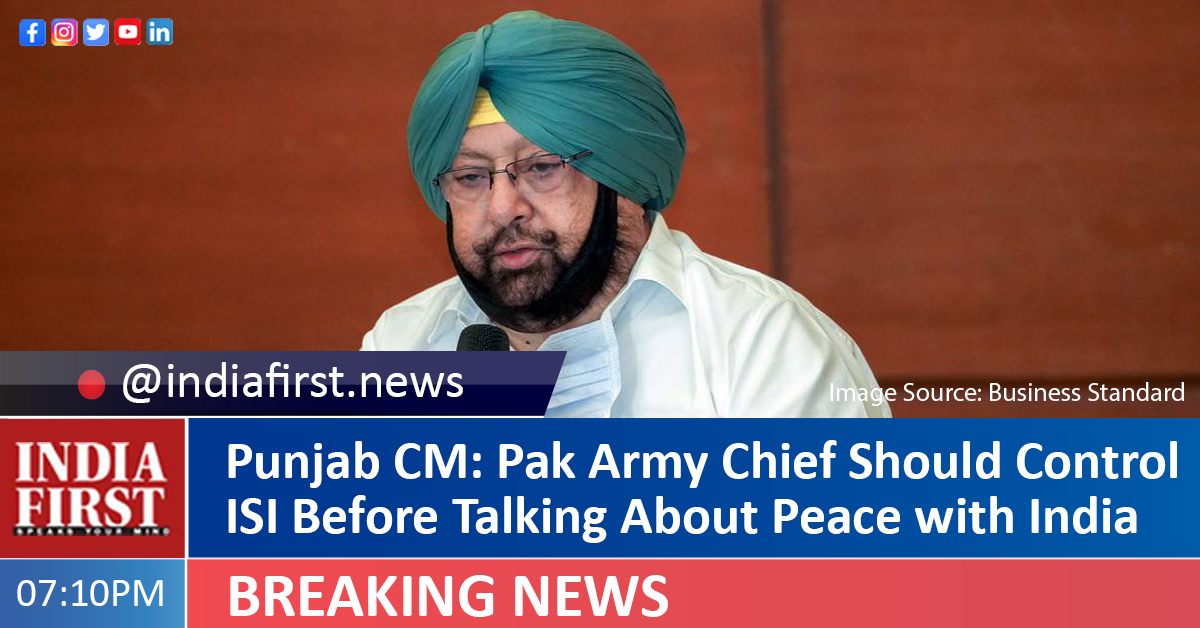 Terming Islamabad-sponsored terrorism as the biggest hurdle to normalizing relations between the two nations, Punjab Chief Minister Amarinder Singh has said Pakistan Chief of Army Staff, General Qamar Javed Bajwa, should back his rhetoric on peace with India with solid action.

Bajwa should first control his ISI, and then talk about stability in Indo-Pak relations, said the Chief Minister, adding that India cannot afford to go soft with Pakistan till they walk the talk and prove their sincerity with concrete actions.

“Infiltration into India from across the border is still happening, Indian soldiers are being killed at the borders every day. They (Pakistan) are dropping arms and heroin into Punjab via drones every other day. Efforts to create trouble in my state continue to take place. All this should stop first, only then we can talk peace,” said Amarinder Singh.

For India to trust Pakistan, the latter will have to do much more than offer an olive branch, said the Chief Minister, citing his own experience of 1964 as ADC to GOC-in-C, Western Command.

“We used to receive daily reports then of firing and trouble from the western border, as we continue to do now,” he said.

It is important for not just Bajwa but the entire Pakistan military apparatus to be on board with the idea of burying the past and paving the way for peace with India, said Amarinder Singh, adding that it is not New Delhi but Islamabad which has obstructed the path of peace between the two countries.

“Are they all of the same view as shared by General Bajwa? Are they withdrawing all support to terror groups immediately? Have they asked the ISI to back off and leave India alone?”

These, said the Chief Minister, are questions that need to be answered before India can start believing in, and responding to, Pakistan’s overtures of peace.

“India is all for peace, all Indians stand for peace, but India cannot compromise on its security and integrity, he stressed, adding that peace cannot be conditional.

Given the way the situation has evolved over the past few months, Pakistan’s increasing collusion with China, which has been causing a lot of trouble for India on the other border, is a matter of concern, the Chief Minister said.

“If Islamabad seriously wants peace with New Delhi, they should send out the message to Beijing, loud and clear, that Pakistan is not with them in the dangerous escapades at the Line of Actual Control (LAC),” the Chief Minister added.