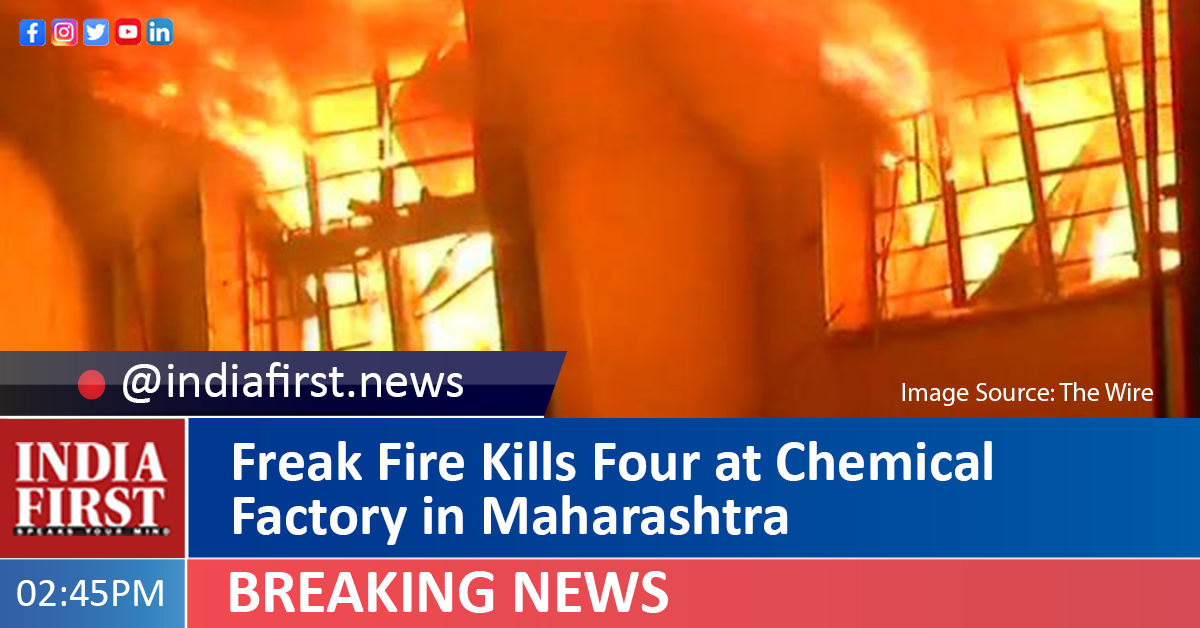 At least four workers were killed and one other person was injured in a fire that broke out at a chemical factory in Maharashtra, a police official said.

The blaze, the cause of which is not clear, was reported at around 9.15 a.m. at the Gharda Chemicals Ltd. factory in Lote-Parshuram MIDC complex.

At least four fire-tenders and firemen rushed to the spot to battle the conflagration and rescue the labourers working there.

“The five persons were trapped inside, and the firemen managed to rescue one. The charred bodies of four others were later found in the operation,” an official of the Khed Police Station said.

The injured worker was rushed to a nearby government hospital for treatment, while the bodies of the four deceased were sent to a morgue for autopsy and other formalities, the official added.