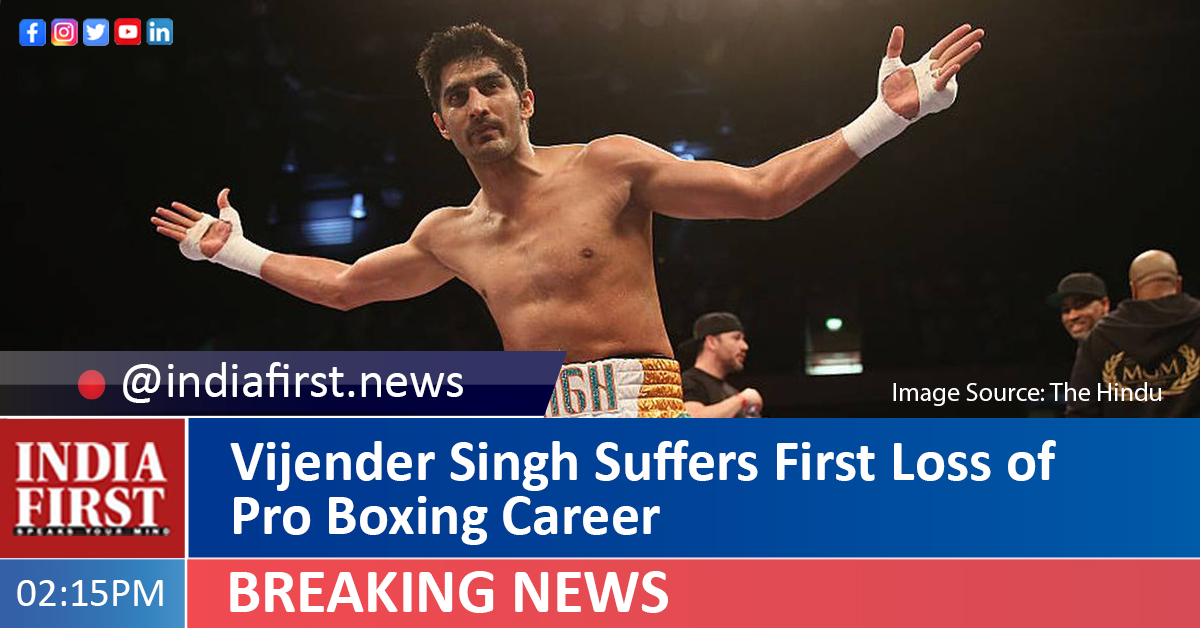 The makeshift boxing arena on the rooftop deck of the Majestic Pride Casino turned out to be unlucky for Indian star professional boxer Vijender Singh as his rival, Artysh Lopsan of Russia, ended his unbeaten streak by winning their super middleweight bout yesterday night.

The referee stopped the contest in the fifth round as Lopsan’s left uppercut sent Singh crashing to the floor.

An eight-round duel, nicknamed ‘Battle on Ship’, turned out to be a one-sided affair. Vijender, the 35-year-old poster boy of Indian boxing, looked visibly tired after the third round. And in the fourth round, Lopsan – with a combination of left and right punches – thrice sent the Indian on the mat.

This was Vijender’s first professional bout in more than 15 months, partly due to the Covid pandemic as all sporting activities had stopped. In his 12th bout held in Dubai in November 2019, the Haryana boxer had defeated Ghana’s Charles Adamu.

Vijender looked bit rusty from the first round. With his better reach, 26-year-old Lopsan took advantage of his height and kept his rival at bay.

Competing for the first time outside Europe, that too in the warm and humid conditions here, Lopsan didn’t show any sign of fatigue. He kept the pressure on despite receiving some hard punches on the body.

This was Lopsan’s seventh pro bout while Vijender had played 12 before this one.

The Russian had won four bouts before this one while lost one and one had ended in a draw.