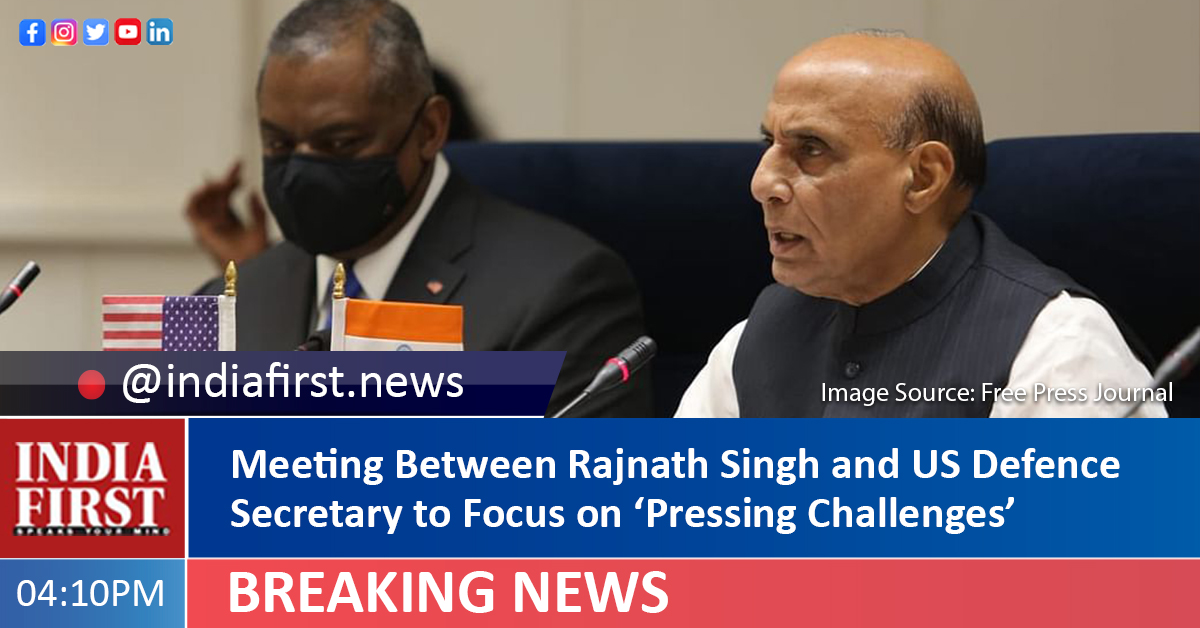 Defence Minister Rajnath Singh will be meeting visiting US Secretary of Defence Lloyd Austin in New Delhi today to talk about challenges confronting the region, as well as concerns over Chinese aggression.

The Indian Defence Ministry said that Singh and Austin “are expected to discuss ways to further strengthen bilateral defence cooperation and exchange views on regional security challenges and common interests in maintaining a free, open and inclusive Indo-Pacific region”.

“Discussions regarding defence cooperation would also focus on how both countries could consolidate military-to-military cooperation and defence trade and industry cooperation.”

Austin, who is on a three-day visit to India, arrived yesterday.

Following their meeting, Modi tweeted: “Pleasure to meet US @SecDef Lloyd Austin today. Conveyed my best wishes to @POTUS @JoeBiden. India and US are committed to our strategic partnership that is a force for global good.”

Austin tweeted that his discussions in India would centre on cooperating to face “most pressing challenges” in the Indo-Pacific region where China’s aggressive actions, from the Himalayas to the South China Sea are on the rise.

He embarked on his Indo-Pacific visits on March 13, a day after the leaders of the Quad nations –  India, Australia, Japan, the US – virtually met for their first summit.

The leaders discussed working towards an open and rules-based Indo-Pacific region.

The member countries also pointed out the challenges posed by China in the Indo-Pacific region and how the partnerships can be strengthened to overcome the assertiveness of China.

Before arriving in India, Austin had visited Japan and South Korea.

India and the US share close defence cooperation, with Washington authorising over US$20 billion in defence sales to India.