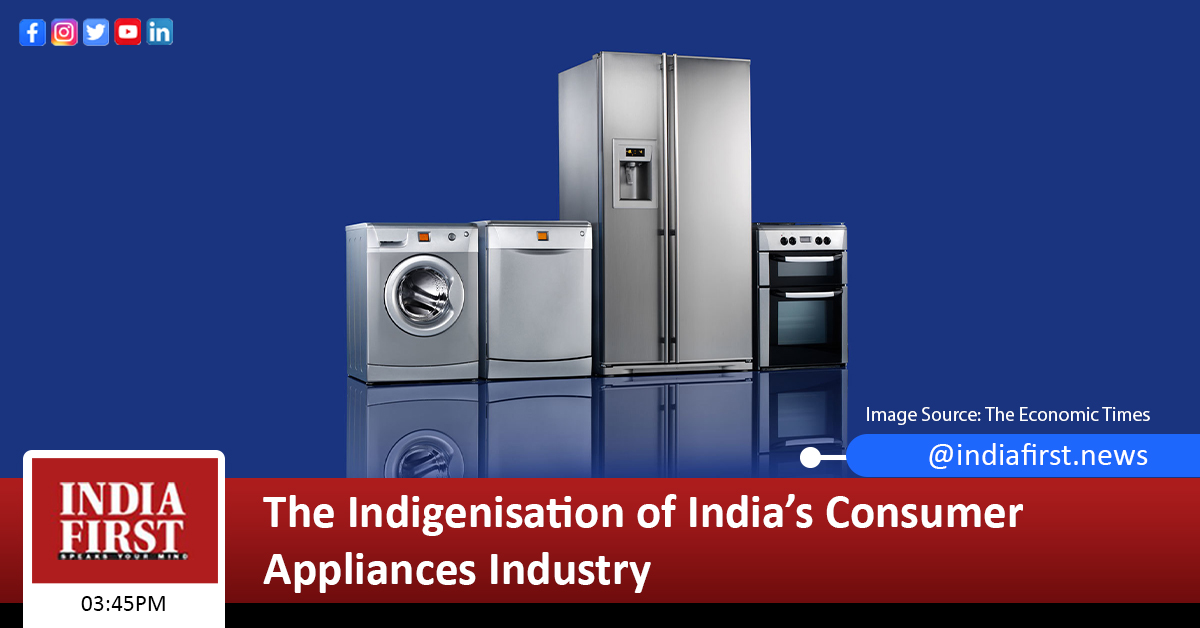 The global supply chain disruptions during Covid-19 and India’s newly announced incentives have given electronics and home appliances manufacturing sector a new momentum.

The expansion of capacities by Dixon Technologies, a manufacturer of mobiles, variables, laptops, tablets, security equipment and cameras, is a case in point.

The company earlier this month announced its plans to add up to 4,000 jobs in Andhra Pradesh by way of expanding its operations.

Dixon Technologies said it would provide employment to nearly 2,000-3,000 people at its Kopparthi unit in Kadapa district, while the company envisages to add 1,000 more jobs in Tirupati, including partnering with Bosch company to set up a washing machine manufacturing unit in the home appliances division.

The company has manufacturing units in Noida, Dehradun and Tirupati, as well as the largest television, washing machine and bulb assembly plants in India.

This is also the same company that Xiaomi tied up with to start its “Make-in-India” journey for smart TVs two years ago by setting up a factory in Tirupati.

Radiant Appliances has set up a manufacturing plant in Telangana.

Similarly, Realme last year said it had started 100 per cent TV production at its Greater Noida facility in the country.

“Our commitment for Realme Smart TVs is the same as our phones which are 100 per cent locally manufactured in India. This is our commitment to bring more production to the country and contribute more to the economic growth post-lockdown,” Madhav Sheth, Vice President of realme and CEO of realme India and Europe had said.

“We do have a factory in Tirupati for TV panel manufacturing. The CSOT panel module factory will produce screens for TVs and mobile phones, with a designed production capacity of eight million 22-inch to 55-inch, large-sized TV screens and 30 million 3.5-inch to 8-inch, small-sized mobile screens per year,” said Mike Chen, General Manager, TCL India.

In other areas including in refrigerators, air conditioners and dishwashers too, several players have come forward to increase manufacturing in India.

According to Gurmeet Singh, Chairman and Managing Director, Johnson Controls-Hitachi Air Conditioning India Ltd., “Made in India” ACs have a huge scope for growth.

“The consumer appliance sector employs 2.54 lakh people across categories. It is estimated that with increased indigenisation, it has the potential to employ an additional 1.54 lakh people in next five years,” he said, adding that Johnson Controls-Hitachi Air Conditioning India is fully committed to the Indian market and is aggressively promoting and pushing “Made in India” ACs.

Voltas Beko, a joint venture between one of India’s leading air conditioner brand Voltas and Arcelik of Turkey, earlier this month announced the expansion of its home appliances portfolio, custom-designed for Indian households.

The company is strengthening its portfolio with the launch of a range of home appliances that include air coolers, microwave oven, washing machine, dishwashers and refrigerators.

Its manufacturing facility is situated in Sanand, Gujarat and it went on-stream in January 2020.

Overall, electronics hardware production in India has grown at a compounded annual growth rate of 24 per cent over the last five years, according to a KPMG insight published in February this year.