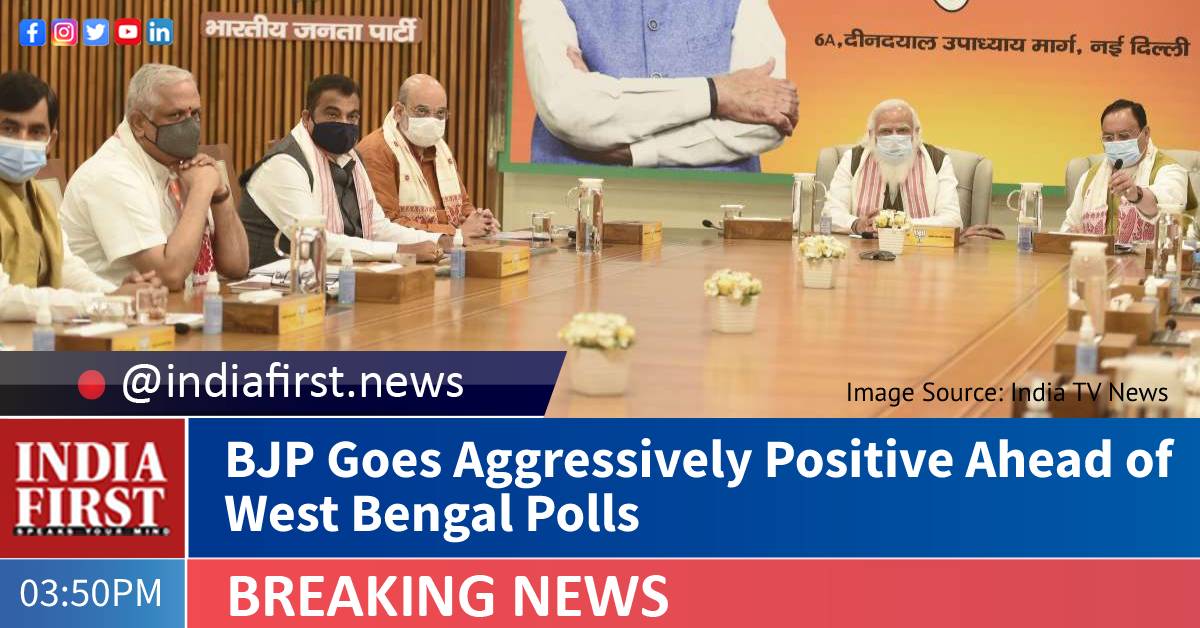 As campaigning heats up for the high-stakes West Bengal Assembly election battle, the BJP has decided to go for a positive campaign instead of making too many personal attacks on Chief Minister Mamata Banerjee.

The saffron party’s decision is visible in public meetings and rallies addressed by its leaders, who are talking more about development than attacking Banerjee.

After the last BJP Central Election Committee meeting in the national capital, Union Minister and party candidate from Tollygunge assembly constituency Babul Supriyo said: “The BJP will do a positive campaign and talk only about development.”

Referring to change in campaign strategy, a senior leader pointed out that it is clearly visible in the speeches of senior BJP leaders.

“The leadership has already started talking about the ‘good governance’ model of the Modi government in election rallies and public meetings and everyone will follow it,” he said.

The BJP believes that sometimes too many personal attacks help the person in the firing line gain sympathy.

Earlier, the BJP central leadership had directed the West Bengal state unit not to target or highlight the alleged attack on Chief Minister Banerjee in Nandigram.

The BJP central leadership explained to the state leaders that Banerjee’s contradictory statements over the alleged attack in Nandigram have already exposed her in front of the people and so there is no need to talk about the incident.

Elections for the 294-member West Bengal Assembly will be held in eight phases from March 27 to April 29. Counting of votes will take place on May 2.