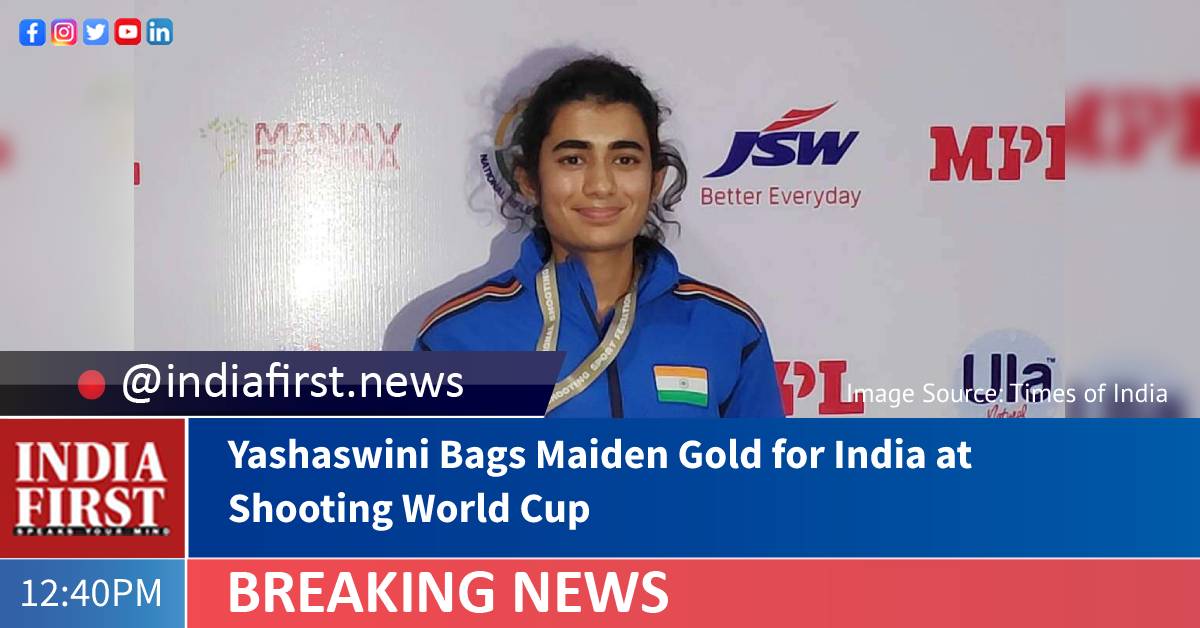 In the women’s 10m air pistol, Yashaswini not only topped the qualification round with a score of 579, but also led from the start in the final to win her second World Cup gold. She had won gold in the Rio World Cup in 2019. She shot 238.8 while Manu shot 236.7 in a comparatively low-scoring final.

Earlier in the day, world number one Divyansh Singh Panwar won India the first medal of the event when he overcame a slow start to finish with 228.1 to finish third. American Lucas Kozeniesky won gold while Hungarian super-shot Istvan Peni the silver. Arjun Babuta, the second Indian in the field, finished fifth.

In the men’s 10m air pistol, pistol ace Saurabh Chaudhary was in line for gold before the 24th and final shot, but Iranian gold medallist Javad Foroughi shot a 10.5 to Saurabh’s 9.8 to overcome the 0.3 deficit for a first World Cup gold.

In the fourth final of the day, Anjum Moudgil of India finished fifth in the women’s 10m air rifle after being in contention for a long while.

The day, however, belonged to the USA, which won both the air rifle gold medals and registered a 1-2 in the women’s 10m air rifle, where Mary Tucker won gold with 251.5 and Alison Weisz won silver with 250.4. Denes Eszter of Hungary won bronze with a score of 230.2.

Competitions are being held in rifle, pistol, and shotgun at the International Shooting Sport Federation New Delhi World Cup.

Yesterday was also the day when news came that two Indian shooters competing in the World Cup have tested positive for Covid-19 and have been put in isolation leaving their participation in doubt. Later in the day, the Sports Authority of India (SAI) alleged that some international shooters breached the bio bubble.

Reacting several hours after the news broke out, the SAI said yesterday evening that the “Standard Operating Procedures (SOP) are not being adhered to at the Games hotel” and that could have led to the positive Covid result. SAI has asked the National Rifle Association of India, the organisers, to submit a report on the breach.