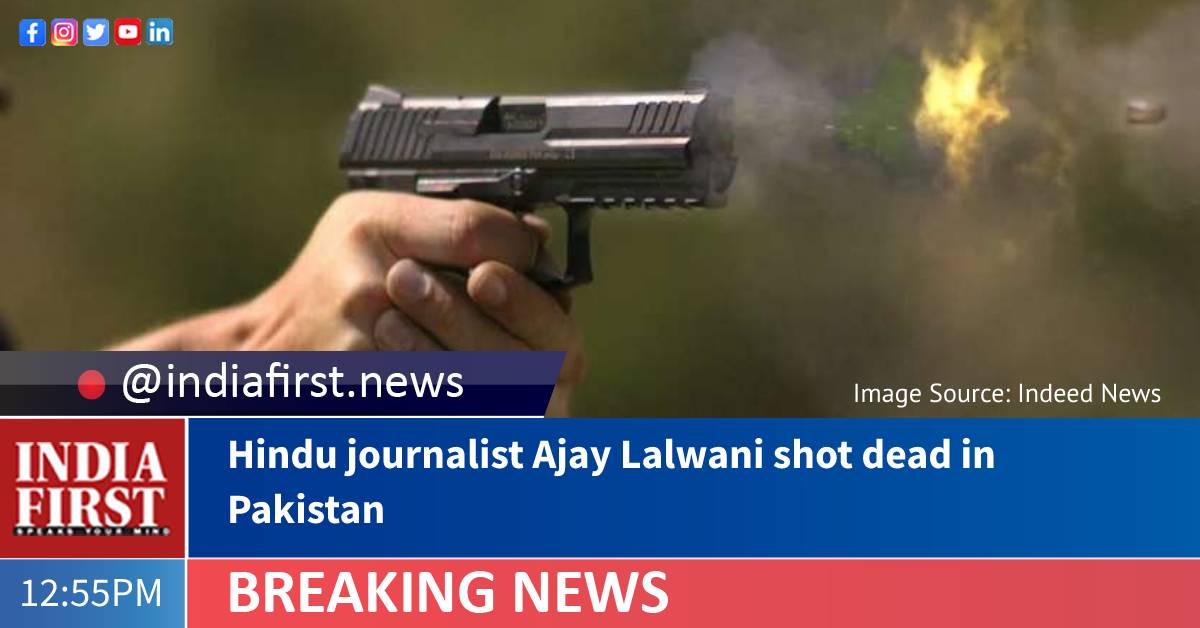 Pakistani journalist Ajay Kumar Lalwani, who had exposed Islamic clerics and raised his voice against the atrocities on the Hindu community in Pakistan, has been shot dead while getting a haircut.

The 31-year-old journalist, who belonged to the minority Hindu community in Pakistan, was shot at by unidentified assailants on March 17 in Sindh province.

Lalvani, who was a reporter with Royal News television channel besides working for an Urdu newspaper named Daily Puchano, died the subsequent day due to injuries in the stomach, arm and knee.

Lalwani was shot multiple times while getting a haircut at a barber shop, the police said.

Authorities said that Lalwani died at a hospital on the night of March 18. The incident took place in the Saleh Pat area in the city of Sukkur.