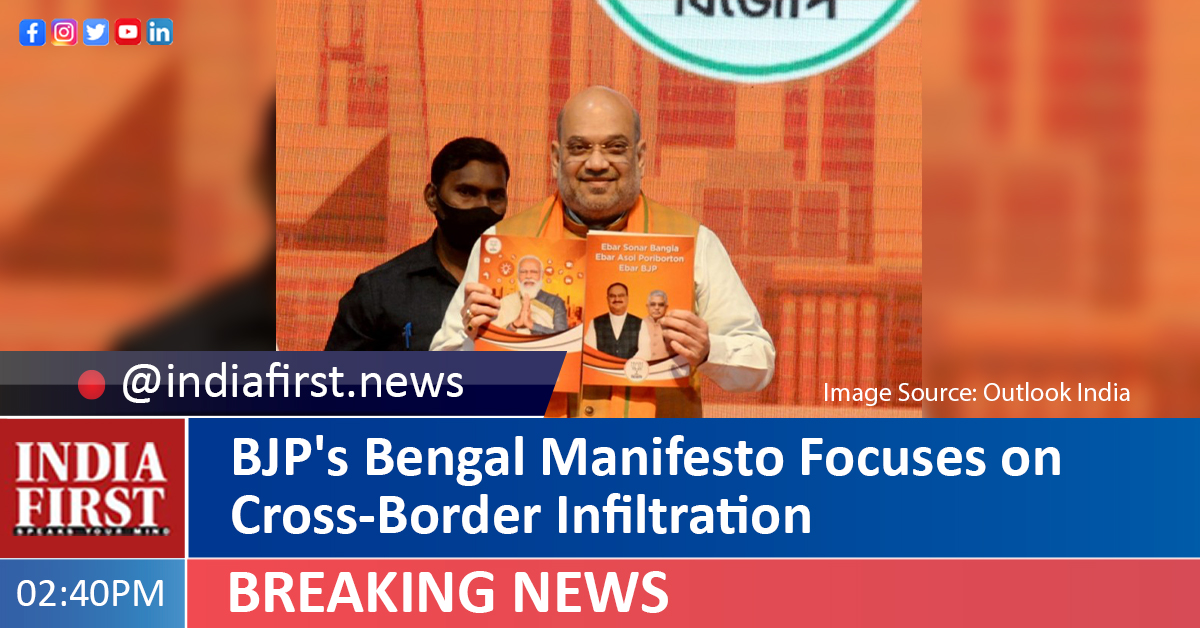 Shah said that it is not just a party manifesto but a resolution letter for West Bengal.

“We have decided to call our manifesto a ‘Sankalp Patra’. It is not just a manifesto but a resolution letter for West Bengal by the country’s largest party. And at the heart of the BJP’s manifesto is ‘Sonar Bangla’,” the Minister said at EZCC here, while officially releasing the manifesto.

Taking potshots at the Mamata Banerjee-led Trinamool Congress government in Bengal, Shah said that the state’s incumbent formation has only politicised its administration, criminalised politics and institutionalised the practice of corruptions.

He said that Bengal has slipped from its position of leadership.

The BJP’s election manifesto stated that there would 33 percent reservation in state govt jobs for women.

Shah also promised that no court permissions would be required for Durga Puja and Saraswati Puja across the state.

“Infiltration will be completely stopped and border fencing will to be strengthened with the installations of CCTVs cameras,” he pointed out, adding that all fishermen will get Rs 6,000 every year.

The party manifesto also mentioned that 75 lakh farmers in Bengal to benefit from Kisan Samman Nidhi.

“The BJP’s manifesto is not a mere document, it’s been compiled with suggestions from people in every assembly segment. A dedicated vehicle toured across all the 294-Assembly constituencies in the state and collected suggestions from the people before preparing the party’s final resolution letter,” BJP state unit president Dilip Ghosh said.

“I was also a Lok Sabha member for seven times and I have seen many Prime Ministers. But I have never seen such a ruthless, cruel PM. BJP is a party of monsters and demons who only believes in divisions and riots,” the West Bengal CM said at an election rally in East Midnapore’s Nandakumar on Sunday.