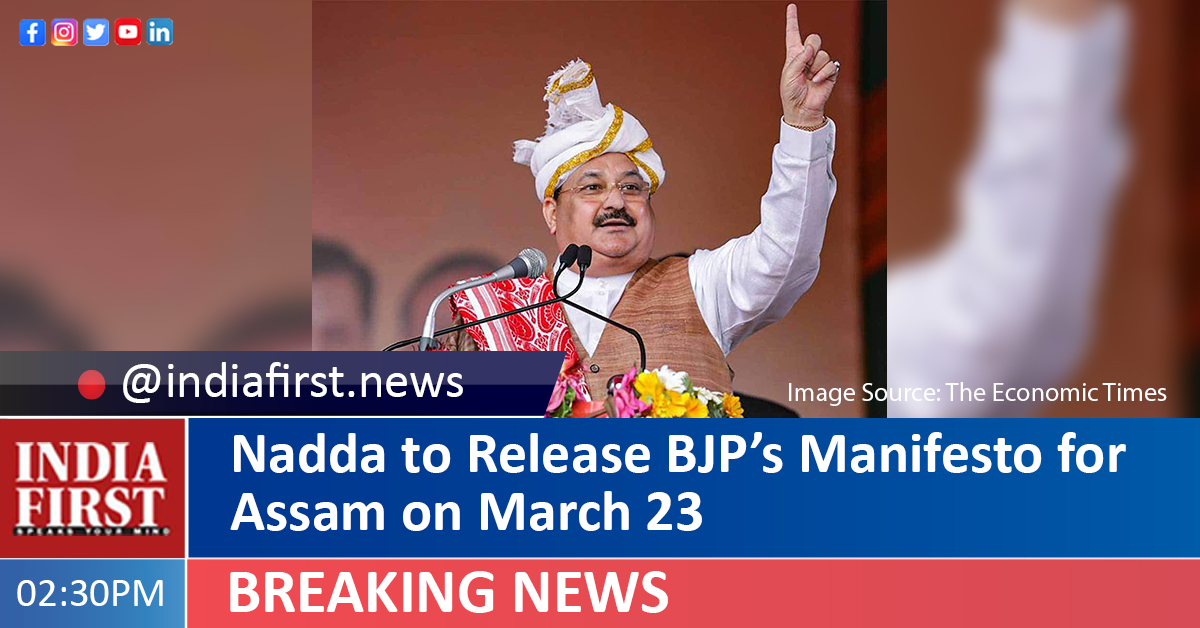 Bharatiya Janata Party national president J.P. Nadda will be on a two-day visit to Assam and West Bengal from today, where he will unveil the party’s manifesto for the upcoming Assam Assembly elections and attend several other programmes.

The manifesto will be released tomorrow.

The BJP yesterday said in a statement that Nadda will address a public rally at Rajgarh Tea Estate in Dibrugarh’s Tingkhong today.

In the afternoon, he will address another mega public rally at Borholla Tea Estate playground in Jorhat’s Titabor.

“Nadda will address a third public rally in Assam at Borgaon New Ketla Tea Estate field in Behali. After three rallies, he will hold a meeting with the workers of Biswanath district,” the statement added.

“This manifesto will add new dimensions to the developmental works being carried out by the Assam BJP-led NDA government in the last five years under the guidance of Prime Minister Narendra Modi. A manifesto is not a mere document for us, it is our ‘Sankalp Patra’,” the statement said.

Later, in the day, Nadda will hold a road show from Ghatal Town Kushpata to Ghatal Town Central Bus Stand at Paschim Medinipur in Bengal.