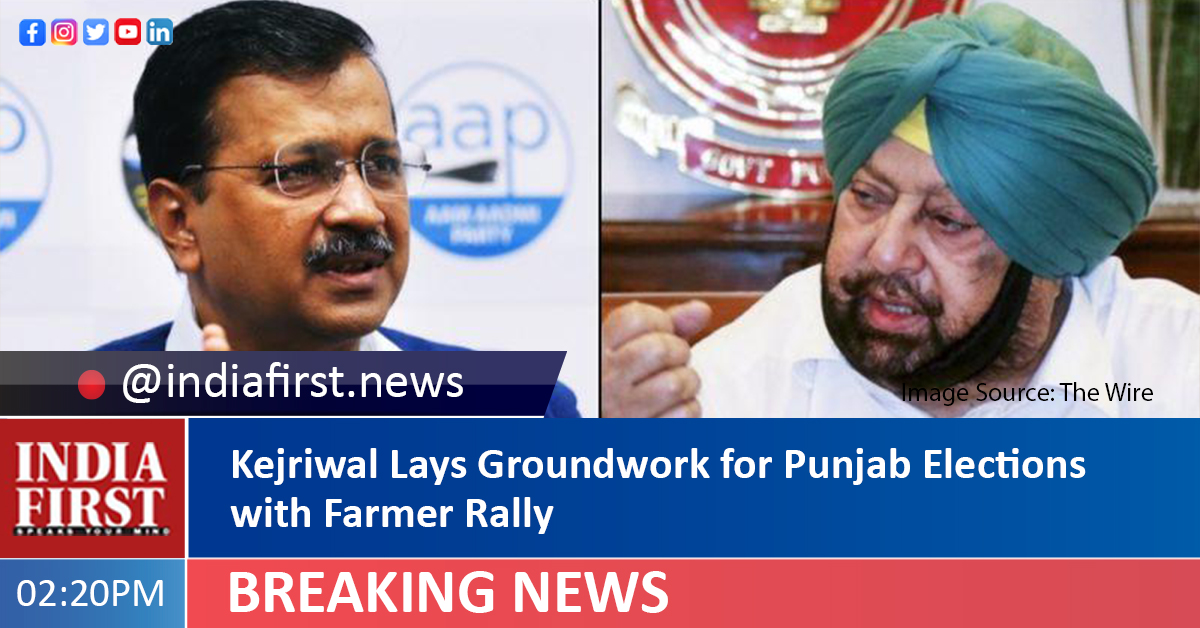 In his address, he hit out at the Amarinder Singh-led Congress government, accusing it of not keeping its poll promises and deceiving the people of the state.

He said that ‘Captain Sahib’ (Amarinder Singh) had made several promises to the people of Punjab in the run-up to the elections but forgot about them about his victory.

With farmers of Punjab in relentless protest against the Centre’s three farm laws, Kejriwal attacked the BJP too, accusing the Modi government at the Centre of bringing the measures without consulting the farmers and passing them in an unconstitutional manner.

“I have come here to express my gratitude for raising your voice against Centre’s three draconian laws. They (BJP) say only a few states’ farmers are opposing the farm Bills, but it is not the truth. Your struggle from Punjab to Delhi’s borders has become a revolution across the nation and people of this country are not ready to accept these farm laws which are framed for giving benefit to some selected corporate,” he said.

Slamming the BJP, he claimed when farmers from Punjab reached Delhi’s borders, the Centre tried to develop pressure on his government to send them to stadiums, so that they “remain inside like in jails”.

“But, I did not sign that file despite massive pressure from the Centre. That is why the BJP is now taking revenge from the AAP government now,” he claimed, citing the National Capital Territory of Delhi (NCTD) (Amendment) Act 2021 introduced in Parliament to concentrate all power with the Lt. Governor.

“The BJP is doing it because the AAP government did not accept their instructions to put you (farmers) in jails. Instead, I stood in your support and all my leaders and workers participated in protest as sevadars,” he said.