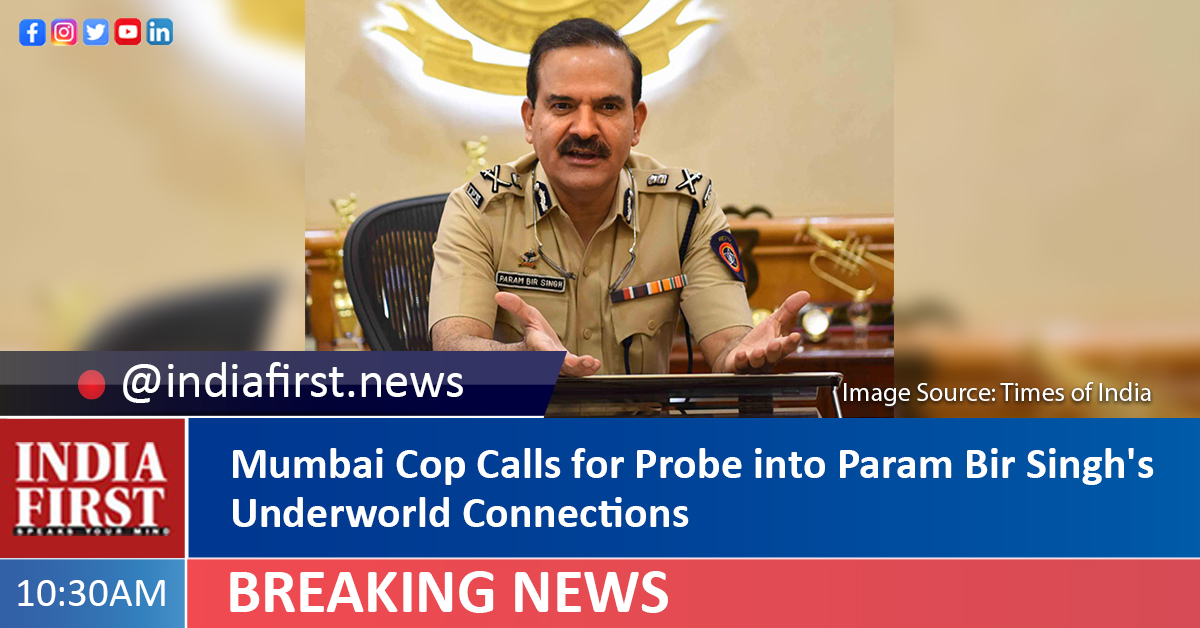 In a letter to Maharashtra’s Additional Chief Secretary, Home, in February, Dange said that on November 22, 2019, Jeetu Navlani threatened him when the Inspector was trying to get the pubs closed on time in Breach Candy area.

Navlani, the owner of Dirty Buns Sobo club, tried to pressurise the inspector by claiming close links with Param Bir Singh, who was then DG, Anti Corruption.

On the same night, incidentally in the same vicinity, Yash Rajiv Mehta, grandson of film and diamond financier Bharat Shah, assaulted a police constable. Dange registered a FIR in the matter.

After taking over as Mumbai Police Commissioner in February 2020, Singh ordered no charge sheet be filed in the Navlani case.

Dange has said in the complaint that Singh allegedly met Navlani at a private flat in first floor of Moti Mahal building opposite the Marine Drive police station. Navlani also acted as liaison for Bharat Shah. The flat is rented by Shardul Singh Bayas.

Dange said Navlani wanted his name out of the charge sheet and also that Dange be taught a lesson. Bayas, who claims to be Singh’s cousin, asked Dange for Rs 50 lakh to avoid a punishment posting.

In July 2020, Dange was suspended and Bayas asked for Rs 2 crore for reinstatement. Dange, through his own inquiries, found that Singh allegedly has deep connections with Navlani.

Dange, in his complaint, has said that Singh and Navlani have deep-rooted connections with Wadhwa Brothers @Dewan Brothers who have been arrested by the ED in a money laundering case involving underworld don Iqbal Mirchi.

Navlani also allegedly acts as a conduit between high-ranking police officers and businessman for underhand dealings.