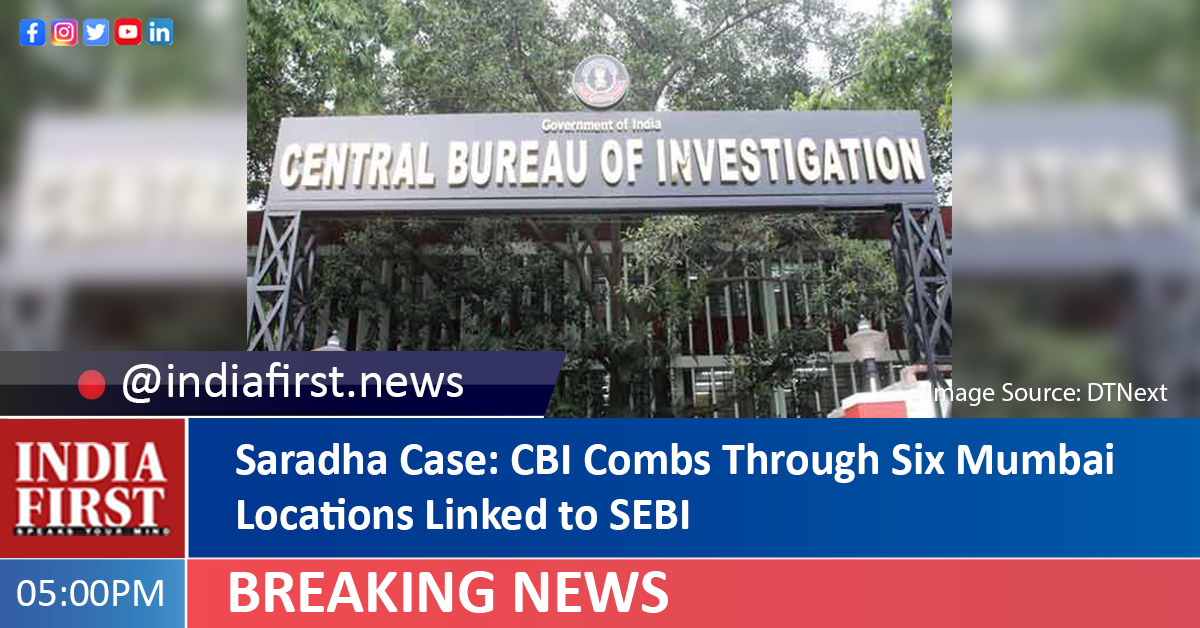 A CBI source related to the probe said: “The agency is searching the official and residential premises in Mumbai of three SEBI officials, who were posted in West Bengal between 2009-13.”

Another CBI source said that the searches are going on at the premises of DGM-level officer Prasanjit Dey and two CGMs, Jayant Jash and Jeevan Sonparote.

The Saradha scam came to light in April 2013 and is estimated at over Rs 10,000 crore. The Enforcement Directorate has also filed a case on the basis of the FIR lodged by the CBI.