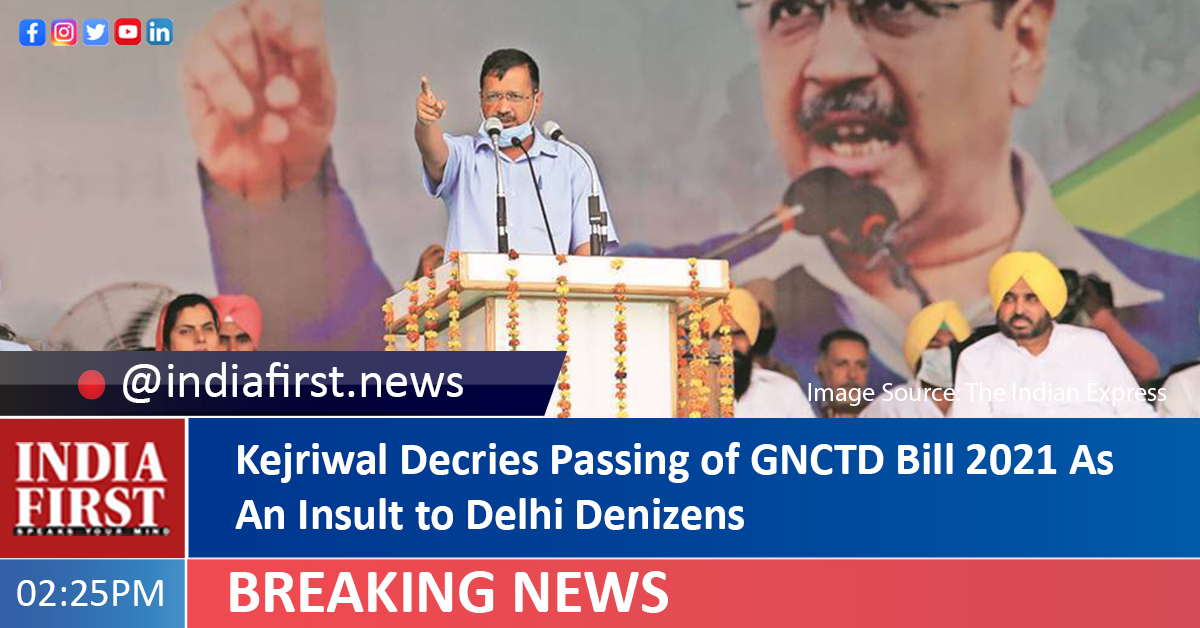 The Government of National Capital Territory of Delhi (GNCTD) (Amendment) Bill, 2021 was passed by the Lok Sabha on yesterday, providing a major setback to the Delhi government ruled by the Aam Aadmi Party (AAP).

The GNCTD (Amendment) Act, 2021 was introduced to enhance powers of the Lieutenant Governor (LG), vis-a-vis the elected government.

It may be recalled that the AAP government and Delhi Lieutenant Governor Anil Baijal have been at loggerheads on the issue of constitutional power since 2015.

The AAP has been opposing the Bill since the Bharatiya Janata Party (BJP)-led Centre said it will present it in the Lower House of Parliament.

One big objection to the Act, which led to the AAP’s protests was that the LG’s opinion will have to be sought on decisions taken by the ministers. The Government of National Capital Territory of Delhi (Amendment) Bill, 2021, enhances the powers of the LG, who represents the Centre, in comparison to the national capital’s elected government.

After the Bill was passed in Lok Sabha this Monday, Arvind Kejriwal said on Twitter, “Passage of GNCTD Amendment Bill in Lok Sabha today is an insult to the people of Delhi. The Bill effectively takes away powers from those who were voted by people and gives powers to run Delhi to those who were defeated. BJP has cheated the people.”