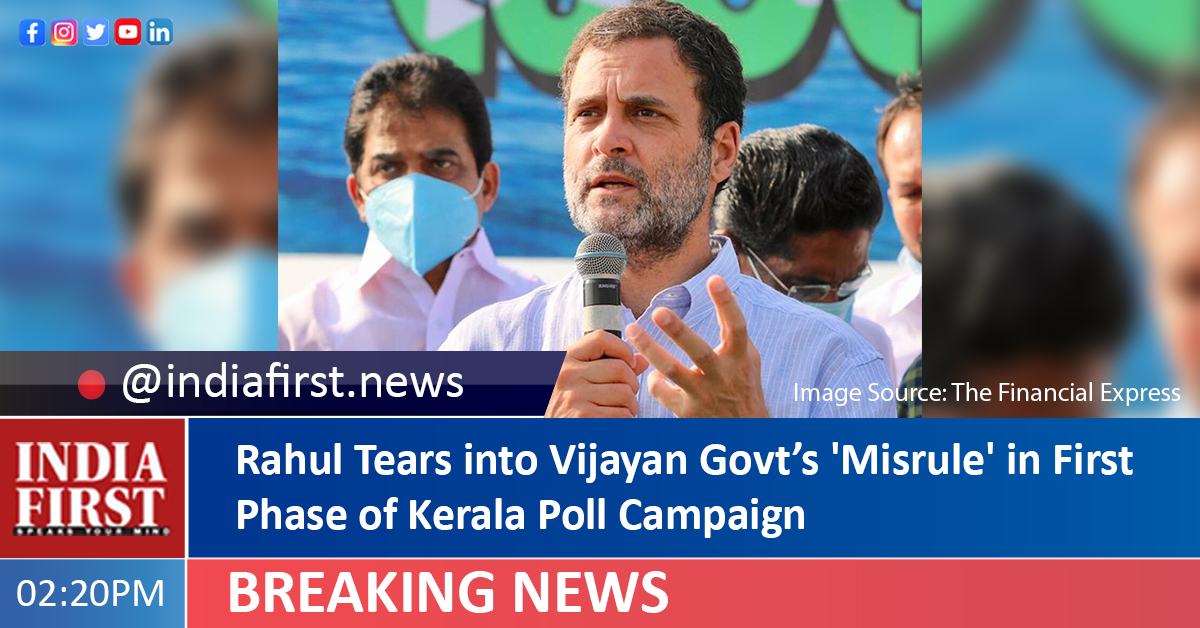 Congress star campaigner in Kerala Rahul Gandhi, who arrived in the state yesterday, did not lose much time in hitting the campaign trail and hitting out at the Pinarayi Vijayan-led Left government’s “misrule”.

Travelling in a jeep, he chose to speak at corner junctions, instead of addressing large gathering.

Noting the Vijayan government was caught on the wrong foot when they tried to go forward with a deep sea fishing project with US-based company but had to cancel it after the Congress raised a big furore, Gandhi said this project which would have caused huge damage to the state’s fishing community.

On the job “scam”, he said: “I was shocked to hear how capable youngsters are being bypassed and jobs are given only to protect the members of a particular organisation.”

For the past two months, angry youths were on a huge protest in front of the state Secretariat urging the government to stop all backdoor appointments, after it came to light that the Vijayan government was on an appointment spree of those alleged to be close to the ruling CPI-M.

Arriving at Kochi, Gandhi, who is the MP from the state’s Wayanad, started his day with an interaction with the students of a leading women’s college here, speaking about ending the gender disparity as well as the way the country’s economy has been ruined.

He is engaged in campaigning today, too, and will come back again for his second round in the next week.

While he will be in Kerala in three phases, his sister and Congress General Secretary Priyanka Gandhi is also expected to arrive here for one round of campaigning ahead of the April 6 Assembly election.