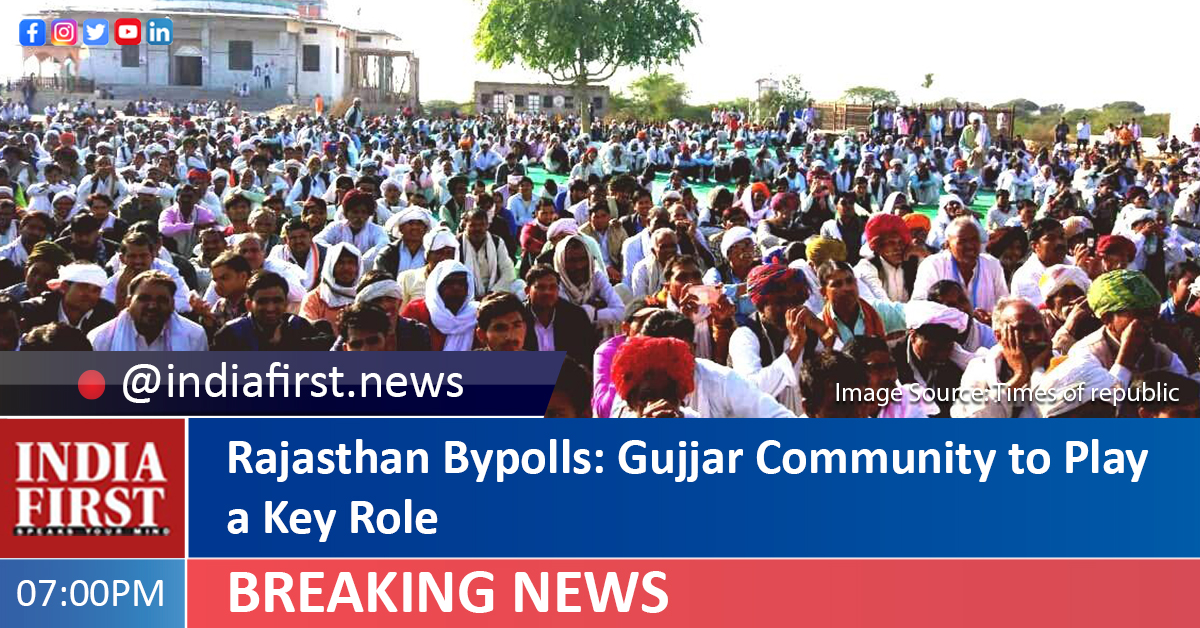 The Gujjar community, it seems, is likely to play a major role in the bypolls scheduled in Rajasthan on three seats – Rajsamand, Sahada and Sujangarh – on April 17. Both the BJP and Congress seem to be forming new political equations to woo the community that has for long been demanding reservations in different assembly polls depending on which party supports their call.

Two seats, namely Sahada (Bhilwara) and Rajsamand, where elections are scheduled, have a strong presence of the Gujjar community and form a chunk of the vote bank.

Speaking on the occasion, Vijay said: “We’ll ensure that the Gujjars stand with the BJP. We are ready to make the lotus blossom.”

Before the 2018 Assembly elections, Gujjar leader Kirori Singh Bainsla had urged then Rajasthan Chief Minister Vasundhara Raje to resolve the reservation issue, otherwise the community will support the party “which will identify” with their reservation demands in the Assembly election.

Since the Congress had added Gujjar reservation in its manifesto, the community supported the party, giving a major jerk to the saffron unit in the 2018 Assembly polls.

Hence the BJP is working hard to woo this class.

CM Ashok Gehlot, a few days back, flew with former deputy CM Sachin Pilot on a helicopter along with Congress Rajasthanin-charge Ajay Maken and PCC chief Govind Singh Dotasara and addressed a rally presenting a united face and to prove that it stands with Pilot, the party’s Gujjar leader.

However, soon after this, since the start of Assembly session, the Pilot camp has openly expressed its resentment against the Gehlot government during the Assembly proceedings.

While three of Pilot camp MLAs said that SC/ST and Minority MLAs voices are being suppressed as they were not given a microphone to raise their issues, other MLAs also pitched against the alleged biased behaviour of the Gehlot government.

Surprisingly, since then, the state Congress is perceived to be ignoring Gujjar leader Sachin Pilot and his followers.

A Pilot camp MLA said: “We are victims of bias and hence can’t speak loudly. Neither is our leader the deputy CM or the PCC chief. So let’s wait and watch how the new leadership under PCC chief plays their cards.”

So if the ruling party loses the polls, there might a strong dissenting voice coming from other faction.