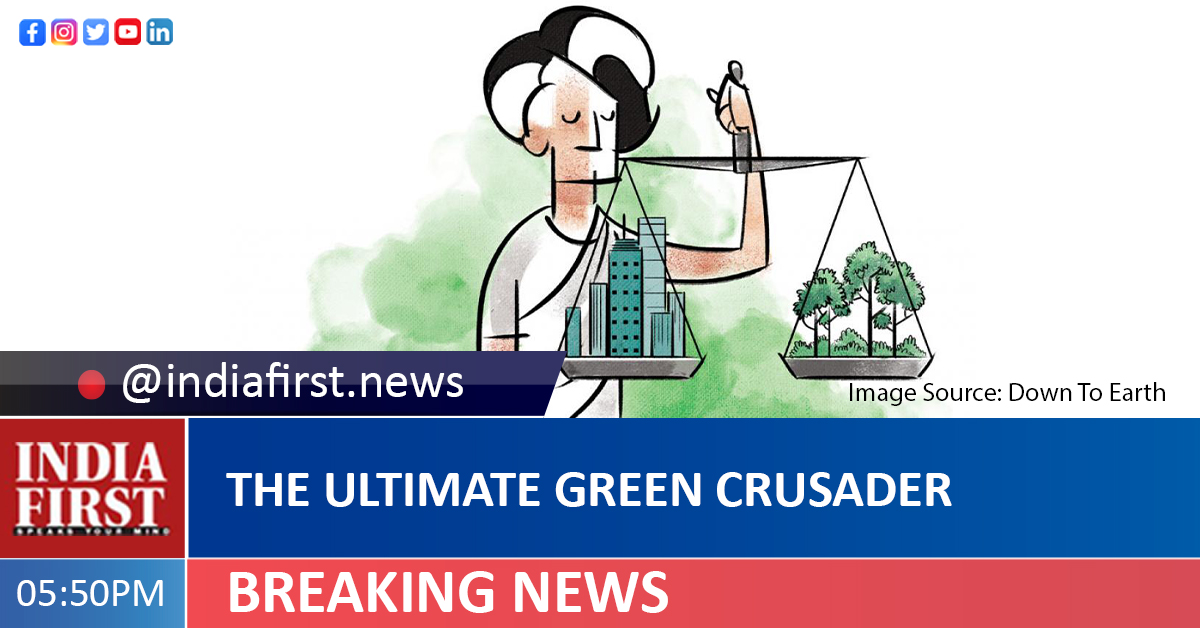 With singular perseverance over a span of half a century, a Rajasthan man has created a verdant paradise out of desolate desert land.

Can sand dunes in a desert be converted into lush green gardens? This question has an answer in Ranaram Bishnoi, a 78-year-old man from Ekalkhori village in Rajasthan’s Jodhpur.

Ranaram has accomplished the impossible task of converting sand dunes into gardens.

Called the ‘Tree Man’, Bishnoi, since the last over 50 years, has been walking up to the sand dunes each morning to water the trees that he has planted there.

Without a miss, he walks for almost 3 kms everyday with his camel to plant saplings and water the trees. He carries water in big earthen pitchers which he fills from a tubewell.

So far he has planted more than 50,000 tree varieties including Neem, Rohida, Fig, Khejri, Kankeri, Babool and Bougainvillaea across 10 acres of land.

Bishnoi says that he could not go for his regular schooling but has learnt a lot from nature.

“My school was 33 kilometres away, and hence I could not go for regular classes. However, nature taught me many lessons and since the age of 37 I have engaged myself in the process of planting trees,” he adds.

Ranaram, is also called ‘Ranjeetaram’ (which means winning the war) as he has won the war of converting the desert into a pleasant garden.

He has been planting trees and saplings in temples, schools, and villages right from the time when the first rains lash the earth every season. Also, he tries to protect the saplings and trees from stray animals.

Ranaram firmly believes that greenery will rule the earth again one day. Looking at his work, the villagers have also started supporting his call.

Now his son, Vishek Vishnoi, is following in his footsteps to take the cause further. While Vishek has been farming with his father, his elder brother is serving in the Indian Army.

Ranaram believes, “The plants and the animals existed on the planet much before we came here and therefore they share more rights on the planet. Now, if we can’t give that to them at least we can ensure we don’t destroy them in our greed.”