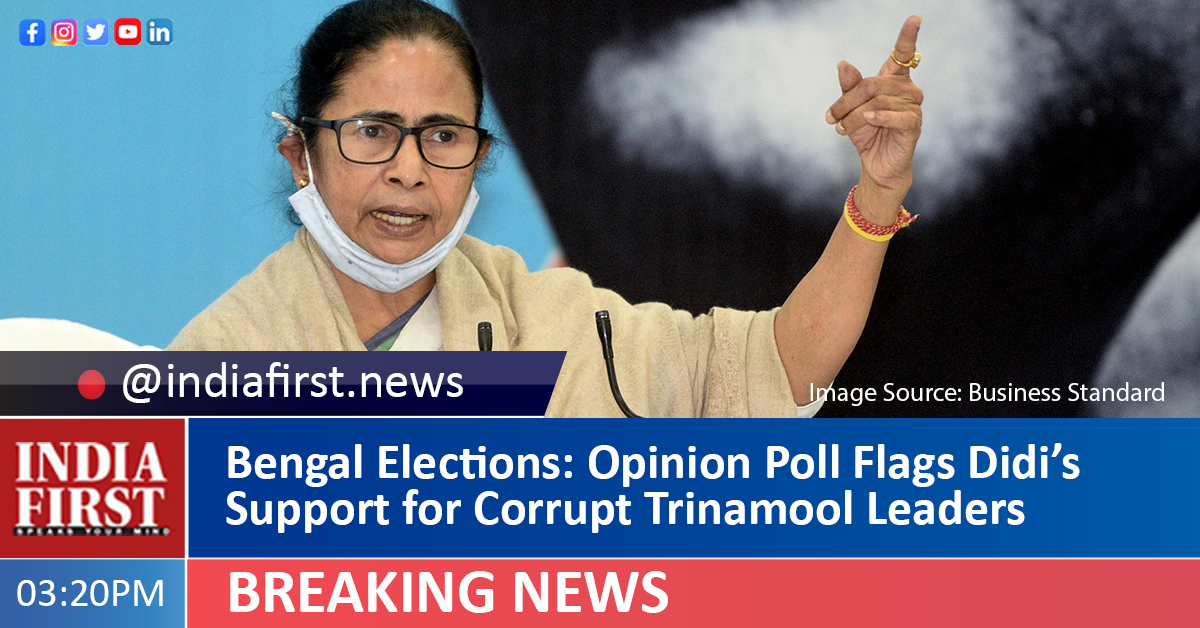 While the Trinamool Congress is poised to win West Bengal assembly elections, corruption and the image of its leaders is becoming an issue with the voters.

As per the Times Now C-Voter Opinion Poll Wave 4 data for Bengal, 47.9 per cent respondents in the survey said that Mamata Banerjee has projected corrupt leaders in her party.

On the question of whether the Left-Congress alliance with Abbas Siddiqui’s Indian Secular Front will eat into Mamata Banerjee’s vote bank, 34.5 per cent said no while 32.6 per cent said yes.

In Kerala, the snap poll revealed that BJP’s Hindutva politics is not working with 52.7 per cent respondents saying this politics will not work.

In addition, love jihad is not an issue in Kerala with 53.2 per cent saying it will not have any impact.

In Assam, the voters have endorsed Home Minister Amit Shah’s call that each vote for AIUDF is a vote for illegal immigration as 44.4 per cent said yes and 38.7 per cent said no.

It also seems that the BJP’s relative silence on the CAA in Assam is helping it with 44.6 per cent saying it is increasing its winning chances.

On whether the Congress-Mahajot alliance can successfully manage to consolidate the Muslim vote bank behind it, the opinion in Assam tilted towards a no with 41.6 per cent saying no and 39.7 per cent saying yes.

In Puducherry, infighting within the NR Congress-BJP camp can hurt their chances this election as 43.3 per cent respondents said yes although it is headed towards a victory.

On whether the Congress infighting in Puducherry is a failure of the central leadership, 35.2 per cent respondents replied in the affirmative.