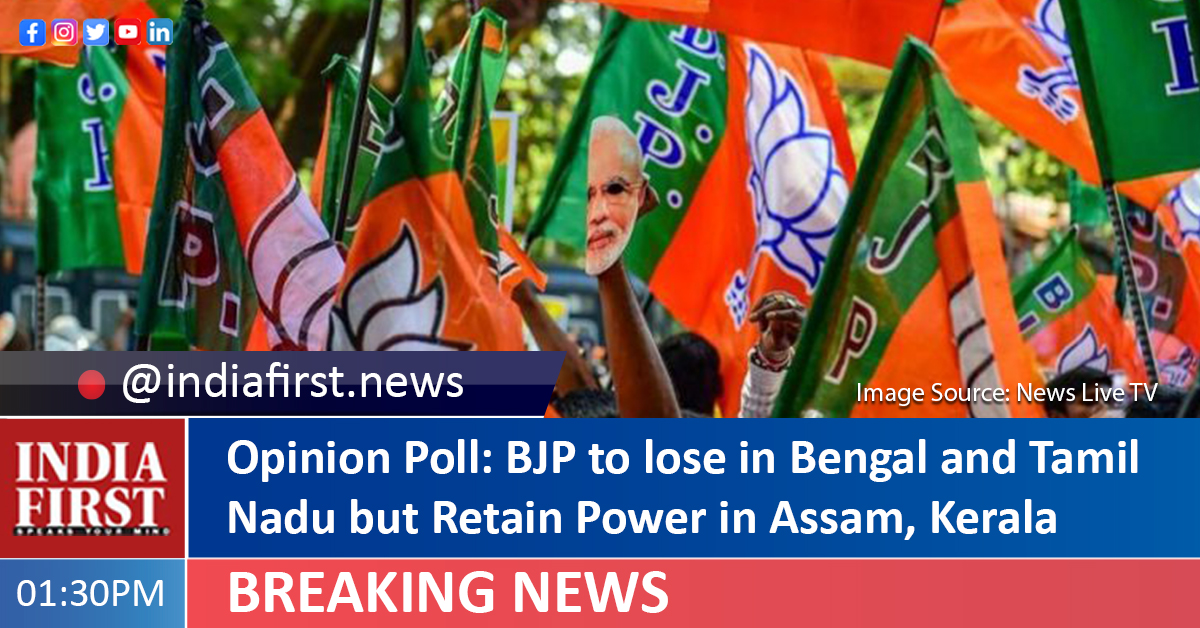 As the campaign for the Assembly elections in five states/UT reaches a crescendo, Mamata Banerjee seems likely to win West Bengal, DMK may sweep Tamil Nadu, Puducherry might see a change of government, while the Congress could close the gap in Assam and Kerala, although the BJP and the Left alliance are probably going to retain power in those two states, respectively.

As per the Times Now C-Voter Opinion Poll Wave 4 data, Trinamool Congress supremo Mamata Banerjee has improved her winning position in the high-decibel West Bengal elections where her party is poised to win 160 seats in the 294-member state Assembly.

In Tamil Nadu, the DMK-led combine involving the Congress and others is gaining momentum past the two-third majority mark, and is projected to win 177 out of the 234 seats, while the ruling AIADMK in alliance with the BJP and others will get only 49 seats.

In Kerala, the fight between the Left Democratic Front (LDF) and the United Democratic Front (UDF) is becoming more keenly contested. The LDF is still winning Kerala with 77 seats in a House of 140, but its tally is now depleted compared to the previous rounds of the tracker.

The Congress-led UDF is projected to win 62 seats, gaining seats since the last tracker to make it a keenly contested affair.

In Puducherry, the AINRC-BJP-AIADMK alliance is gaining more momentum, winning big with 21 seats in a House of 30.