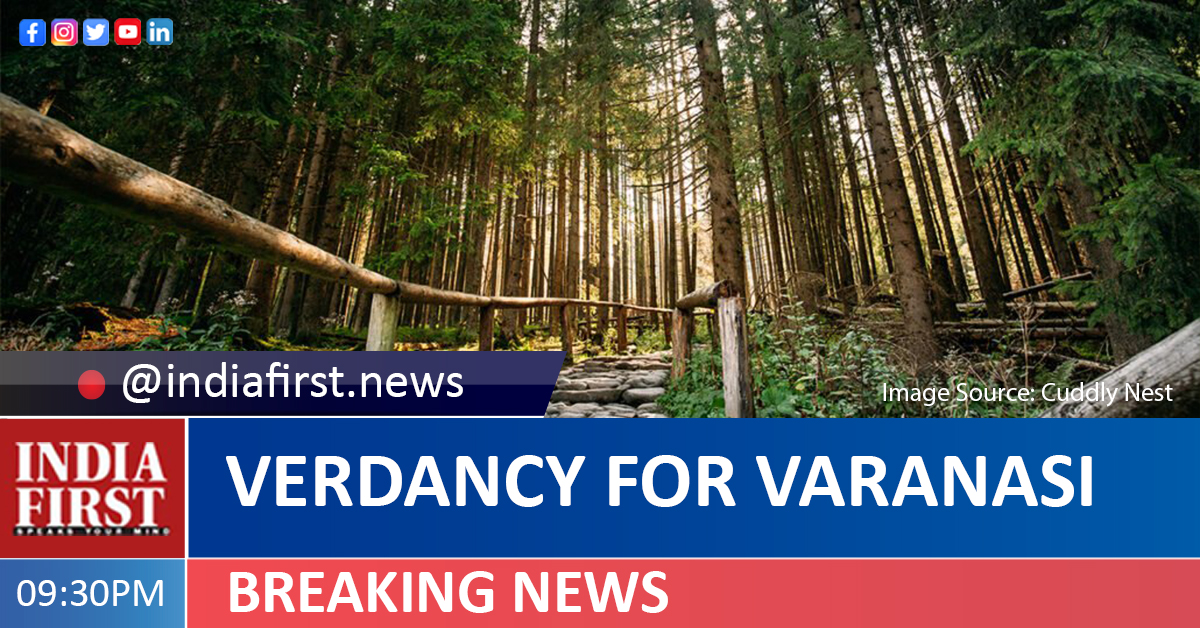 The holy city is all set to have a Japanese-style natural forest, just a handful of kilometres away from its buzzing heart.

A natural forest is being developed by using Japan’s Miyawaki method of afforestation on the outskirts of Undi village in Varanasi.

The approach is supposed to ensure that plant growth is 10 times faster and the resulting plantation is 30 times denser than usual. It involves planting dozens of native species in the same area and becomes maintenance-free after the first 3 years.

This will also help in environmental protection and will also encourage eco-tourism.

Being one of the oldest cities of the country, Varanasi is dotted with hundreds of sacred temples and ghats making it a spiritual destination in Uttar Pradesh.

Varanasi Development Authority (VDA) vice chairman Isha Duhan said that the development authority has sent a proposal for this project to the tourism department.

A natural forest will be developed in about 36.225 hectares of Undi village. The work of about 4.3 kilometres of fencing has started, which will be completed by July 2021. The proposed area is about 6 kilometres from the Jaunpur main road to the Ghazipur Road Ring Road Bypass.

In this regard, the city of Lord Shiva will be soon developed on the lines of Kyoto

The creation of an urban forest will make Kashi worth living in and will also help it support its population.

The wetland will also be developed to maintain environmental protection while keeping this area free from encroachment.

Around five to six ponds are also being developed in such a way that in the coming year, tourists can hear the chirping of migratory birds.

Cycle tracks are designed so that cycle tourers get a taste of the woodland as part of a longer ride.

One of the popular attractions of the forest will be the birdwatching point where one will need to walk quite far inside the park to reach the watchtower where birds can be seen.

This place will prove to be a boon for those doing nature photography. Visitors will be able to enjoy boating in the middle of the jungle.

A particular area has been allotted for Yoga and a food court where different delicacies will be served. Solar energy is also used to generate electricity.

A wooden bridge has been built so that people can witness the beauty of lotus ponds and floral ponds. The forest will also have its own garden where all varieties of flowers are available.