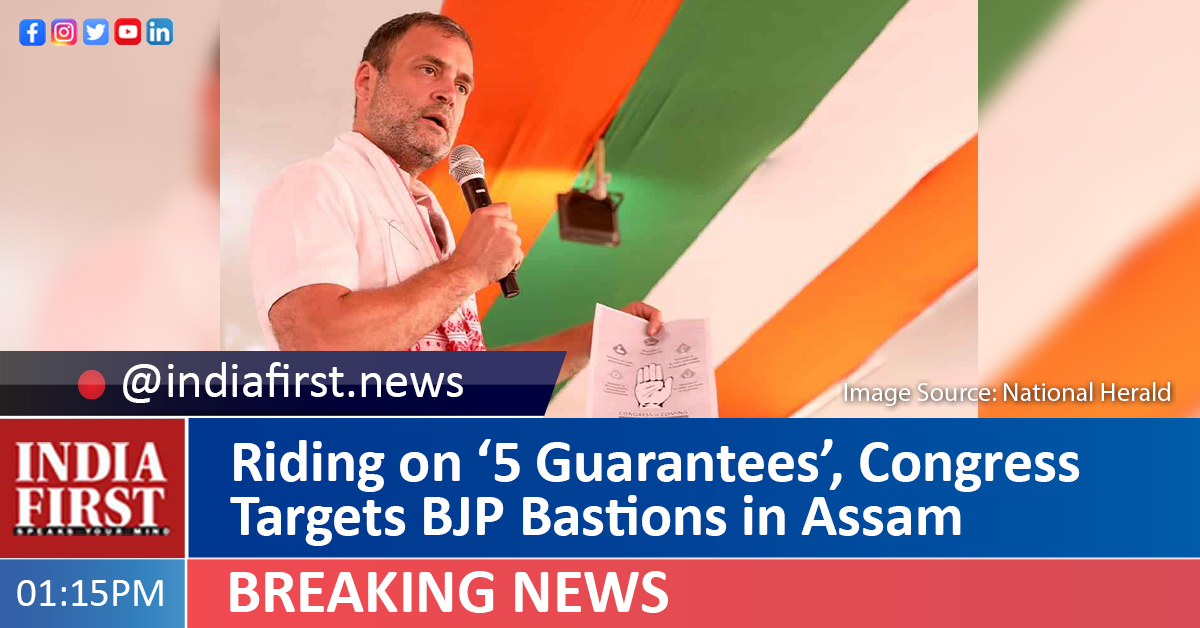 Elated by positive internal feedback from Assam, the Congress is now planning to go full throttle in the final two phases of the Assembly election in the northeastern state to defeat the BJP in their strongholds.

Congress sources say that the contest in the state is a tough one for both the BJP and the Congress, but they have made a comeback with a tactical alliance with both the BPF and the AIUDF, and now the party’s focus is to make a strong pitch in the seats where the BJP is strong.

The Congress is pushing more leaders in each constituency to manage its campaign and reach out to voters.

Citing the Congress’ five guarantees in the state, party General Secretary Jitendra Singh said: “Congress’s guarantee of 5 lakh govt jobs means more opportunities for the youth of Assam to showcase their skills and talent and to contribute towards putting the state on the path of development.

“The party is overwhelmed with the massive response we have been getting to five guarantees. Our candidates and those of 10 Mahajot partners say people are responding positively to the guarantees, fed up as they are of ‘Jumla’ party’s hollow promises.”

The first phase of polling is tomorrow, and for the two final two phases, the Congress will depute more leaders to reach out to the voters.

While the BJP has been running a high-voltage poll campaign along with its partner AGP and others in the Upper Assam division, primarily in Dibrugarh, Sivasagar, Jorhat, Tinsukia and Dhemaji districts to repeat its 2016 poll performance, when it won almost two-thirds of the total seats in the first phase, the Congress is leaving no stone unturned to cash in on the anti-CAA sentiments of the local people and over the low wage of tea estate workers.