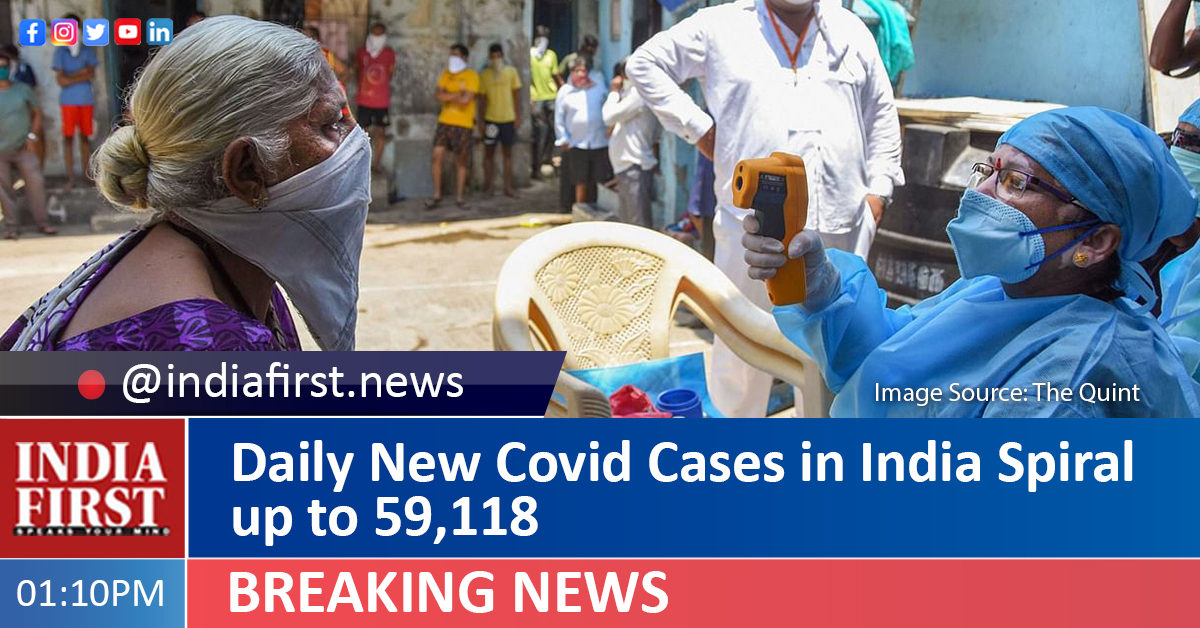 India reported 59,118 coronavirus cases in the past 24 hours, the highest single-day spike since October last year, taking the total tally to 1,18,46,652 today. Cases have been increasing by leaps and bounds for the past two weeks.

According to the Health Ministry, Maharashtra and Punjab are turning out to be the highest contributors to the new surge.

The central government is closely monitoring and actively engaging with states and union territories over the rising cases in the country.

So far, 5.55 crore doses of corona vaccine have been administered in the country since the drive began on January 16 after approval for ‘Covishield’ and ‘Covaxin’.

Now, those over 45 years of age will also get Covid-19 vaccine from April 1, irrespective of the co-morbidities, the Central Government has announced.