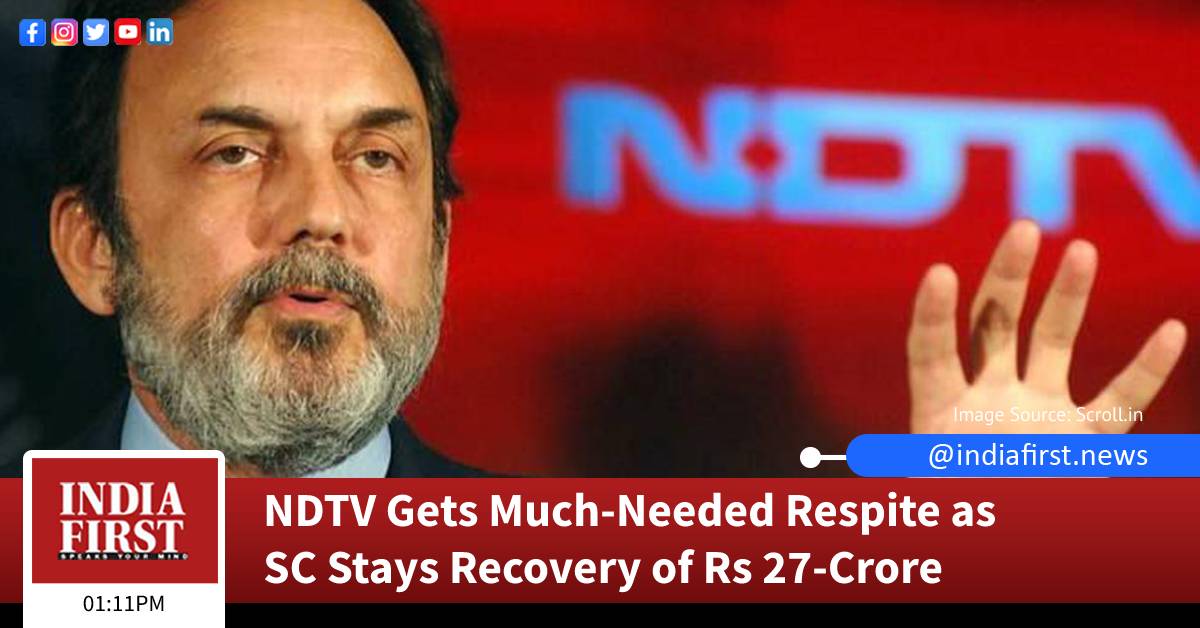 In a relief to Prannoy Roy and Radhika Roy, the promoters of NDTV, the Supreme Court has stayed the recovery of Rs 27 crore penalty imposed by markets regulator the Securities and Exchange Board of India (SEBI).

A bench comprising Justices D.Y. Chandrachud and M.R. Shah also directed the Roys yesterday to cooperate in the expeditious disposal of appeals challenging the SEBI order before the Securities Appellate Tribunal (SAT), which is listed for final disposal on April 6 this year.

On December 24, 2020, the SEBI had imposed the penalty on Roys and their holding company for allegedly violating various securities norms by concealing information from shareholders in connection with certain loan agreements.

Senior advocate Mukul Rohatgi, representing Roys, submitted that running a TV channel is a difficult proposition, as a lot of money is needed, and the revenue is not good.

He cited that Roys had taken a loan of Rs 375 crore from the ICICI Bank in 2008 and it was paid by another entity, VCPL, for which another loan was taken in 2009. Rohatgi added that they took over the loan and the loan to them is still continuing on which no interest is payable.

He further elaborated that as no interest is payable, they consider it a sham for the transfer of control of NDTV to the VCPL, and as a result, the company has been penalised. “I have not transferred my shares or my wife’s shares or those of my holding company to VCPL,” the NDTV counsel submitted on behalf of Pranoy Roy.

The bench asked is the allegation only of taking over of an outstanding loan? The Centre’s counsel argued that there is a reasoned and speaking judgment, and also there is a direction by a regulatory body that the penalty has to be paid.

“They are not a separate class who deserve separate treatment,” submitted the counsel.

Last month, the top court had asked SAT to hear Roys’ appeal challenging the SEBI orders in other matters without the precondition of depositing 50 per cent of the fine of Rs 16.97 crore.

The SAT on February 15 had directed that if Roys deposit 50 per cent of the amount minus interest within four weeks, the balance amount shall not be recovered during the pendency of the appeal.

This order was challenged before the top court yesterday.

“After considering the loan agreement in detail, SEBI in its findings stated that the said loan agreement was nothing else but a sham agreement and that no prudent person or entity would enter into such an agreement giving a loan without any interest. In fact, SEBI further found that the transfer of money, was to control the listed company NDTV,” the SAT order had observed.